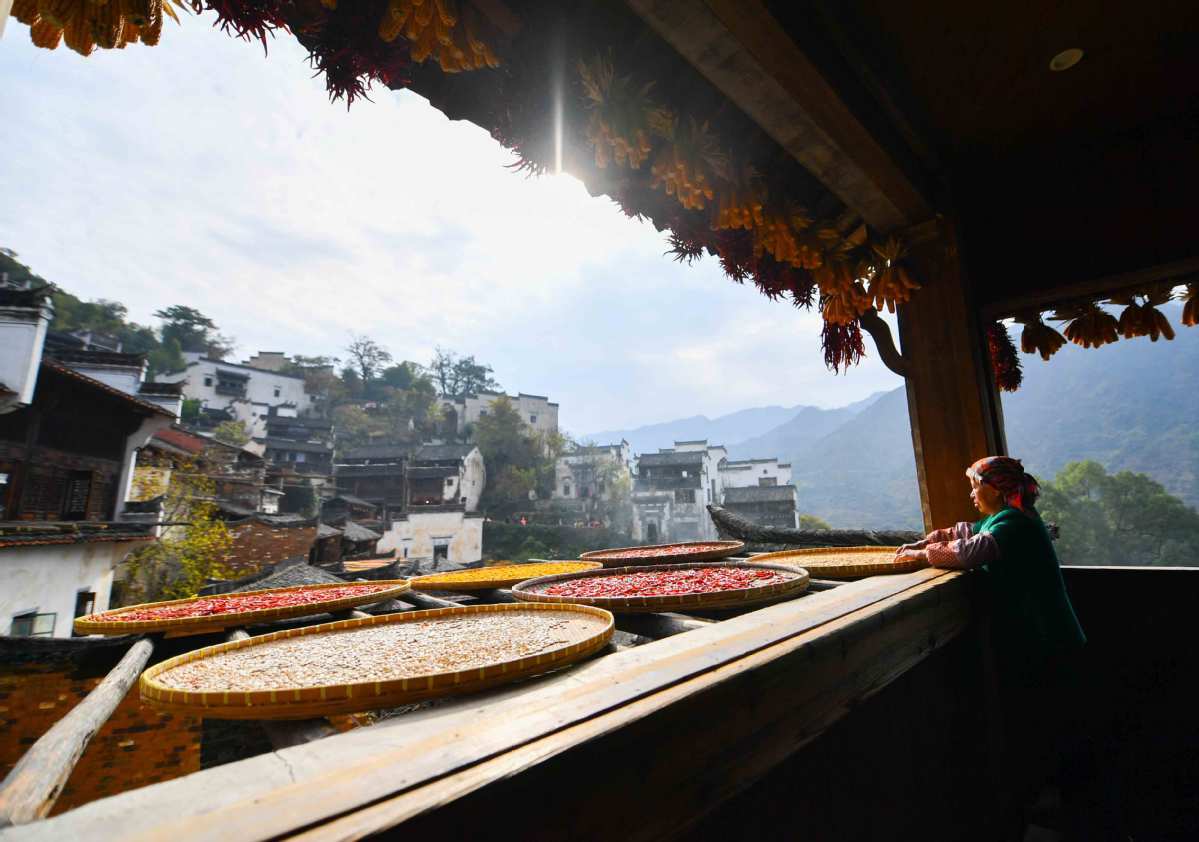 Grains are put out to dry on traditional mats in the village of Huangling in Wuyuan county, Jiangxi province. [Photo/Xinhua]

LANZHOU -- Data from China's Ministry of Culture and Tourism shows that the number of tourists and total income of rural tourism in July and August have recovered to more than 90 percent of that of the same period in previous years.

Traveling to city's suburban areas has become the first choice for people to go out and have fun under the current situation, according to the ministry.

At a meeting on rural tourism held in Lanzhou, capital of Gansu province, Hu Heping, the minister of culture and tourism, said that the rural tourism revenue dropped 77.1 percent year-on-year in the first quarter of this year, but the industry quickly recovered in the second quarter.

From January to August, a total of 1.207 billion trips to rural areas were made across the country, with a total revenue of 592.5 billion yuan (about $86.7 billion), data shows.

About 94.5 percent of the business in rural tourism has returned to operation, hiring 10.61 million employees.

In 2019, the total number of trips to rural areas in China was 3.09 billion, accounting for more than half of the total domestic trips, and the total revenue of rural tourism was 1.81 trillion yuan.