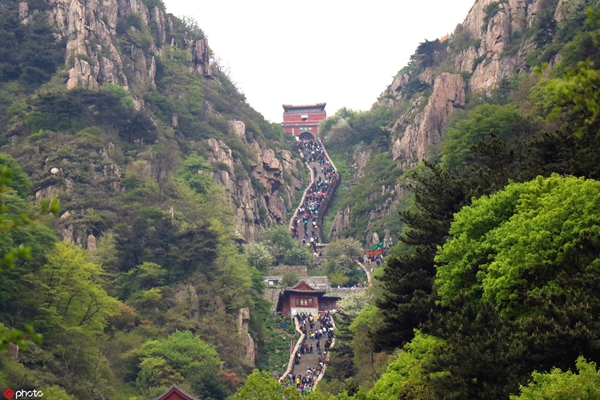 From Oct 1 to 7, the province, home to famous attractions such as Mount Tai and the Confucius Family Mansion, raked in 57.95 billion yuan (about $8.1 billion) from its booming tourism sector, according to the Shandong provincial department of culture and tourism.

During the holiday, the province also saw an increasing number of "red tourism" activities, namely visits to historical sites with a revolutionary legacy, to celebrate the 70th anniversary of the founding of the People's Republic of China.