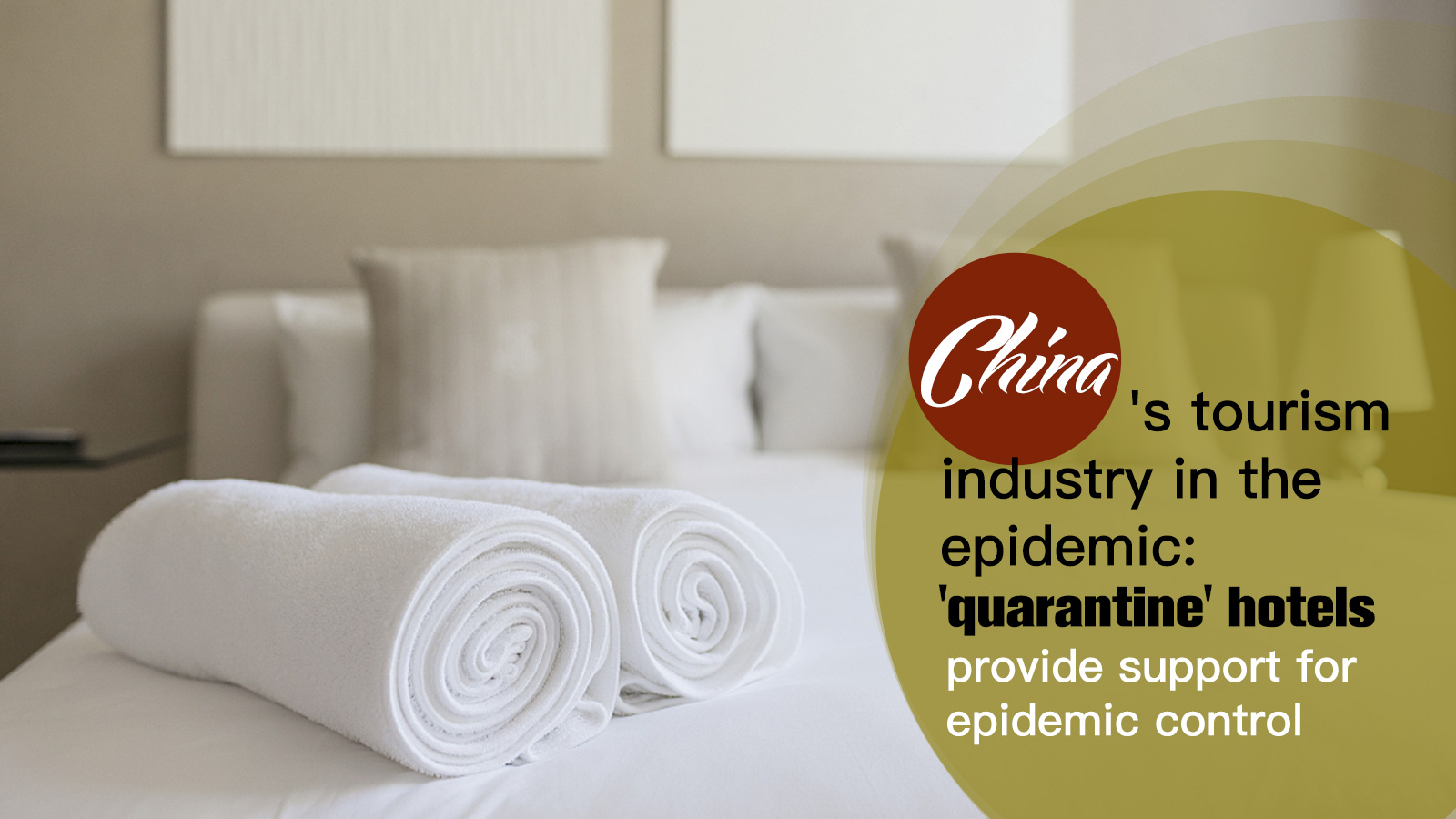 People working in the tourism industry are usually busy at the start of the year since the Spring Festival holiday is usually the biggest holiday in a year for the Chinese to travel around. This year, as the novel coronavirus outbreak sweeps across the country, China's tourism industry is facing an unprecedented downturn.

But there's been a bright spot for hotels that have stepped up as "self-isolation" or "quarantine" hotels.

A few hotels in key epidemic cities have been set aside as quarantine points and to provide accommodation for stranded Hubei tourists during the Spring Festival holiday after transportation was shut down to the city. And the hotel industry will still play an important role after work resumes.

Why there is a need for a 'quarantine hotel?'

China's passenger transport and logistics have been gradually restored since late February, with increased activities seen in railway, airline ports, and express delivery. It is reported that 70 percent of enterprises have resumed work last week in big cities such as Beijing, Shanghai, Guangzhou, and Shenzhen. Human traffic across the country has gradually increased as work resumes, raising concerns over virus prevention.

To minimize risks, migrant workers who return to their city of work must undergo self-isolation for 14-28 days before returning to work according to local policies. However, this could be a huge dilemma for those who don't have their own houses in the working city – staff dormitories do not have conditions for self-isolation; rented houses need the landlord's guarantee before going back; and some residential areas also require a "14-day quarantine" before moving back.

Given this situation, some large hotel chains have launched a service to provide rooms for those who require self-isolation.

Since February 5, Jinjiang Hotel Management Company, which CGTN spoke to, has offered a "return to work" service which includes 500 more hotels under its hotel chains with more than 32,000 rooms, covering Beijing, Tianjin, Suzhou, Wuxi, Hangzhou, and other 40 cities.

Can these hotels ensure epidemic prevention?

Many other hotels and hostels have also provided such services, with guests staying for self-isolation arranged on a separate floor of the hotel for the 14-day isolation period.

According to Zhu Yongjun, brand chief of Jinjiang Inn, "return to work" hotels can arrange two or three disinfections a day for guests according to their needs.

All quarantine hotels have stopped buffet breakfast services and added catering service instead by specially assigned personnel. Daily necessities in rooms, such as drinking water and garbage bags, will be prepared at one time. Trash bags will be put outside each room to be further classified and disinfected to eliminate cross-contamination risks in this special period.

Apart from guests, the epidemic prevention of hotel staff is also important. Some hotels have offered a "non-contact" service during the coronavirus outbreak to minimize the possibility of cross-infection.

Huazhu Group has implemented intelligent non-contact services in their hotel chains since January 28, including self-check-in/out, robot delivery, and remote check-in.

"These intelligent services have been launched for years," according to Huazhu Hotels Group, "we strengthened the implementation again, hoping to reduce the face-to-face contact of personnel as much as possible, reduce the risk of cross infection, meet the accommodation needs of guests, and better ensure the safety of guests and employees."

Who should pay for 'quarantine hotels?'

According to the current booking and reception of Jinjiang Hotels, "return to work" service rooms are mostly paid by companies.

Some tourism industry experts believe that enterprises should not increase the burden due to their workers' isolation during the epidemic. Local governments can reasonably share the cost of isolation hotels in light of the severity of the epidemic, financial situation and the progress of resumption of work.

Similar policies in other provinces and cities will be introduced soon.