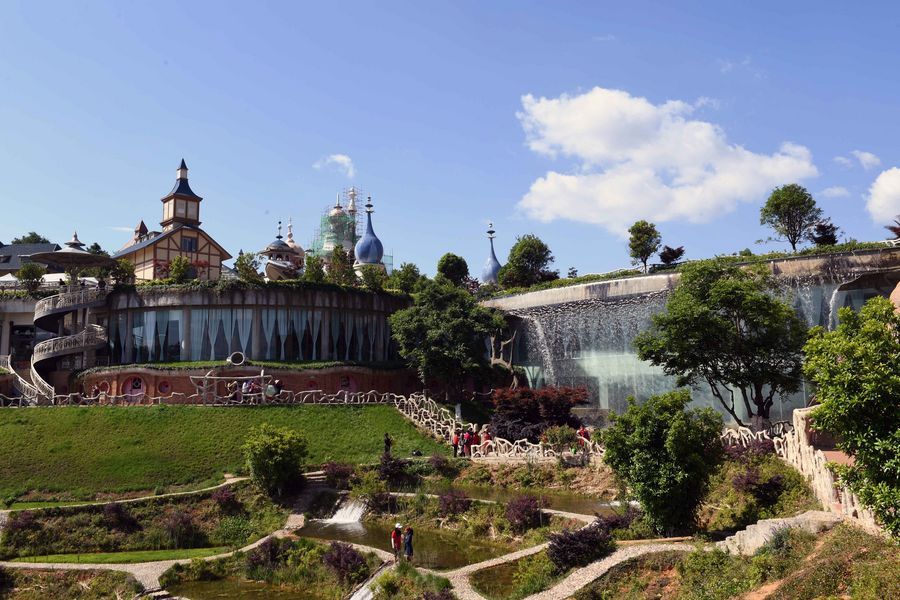 Cautious reopening of businesses, recreational spots and major scenic attractions across the country, has boded well for China's hard-hit tourism industry that is desperate to cater to surging domestic travel demands.

As the epidemic is being effectively contained domestically, tourists fed up with months of staying indoors have started to hit the road as travel restrictions were lifted in large parts of the country.

The Ministry of Culture and Tourism announced on July 14 that travel agencies and online tourism companies are allowed to resume trans-provincial group tours gradually.

Hubei Province, where Wuhan is the capital, decided to scrap entry fees in its 364 major tourist sites for domestic visitors from Aug. 8 to Dec. 31. During the first weekend after the policy took effect, the city's A-level scenic spots received 352,000 tourists, with the daily number of visitors increasing three times month on month.

As of mid-August, the number of tourists booking package tours through Trip.com Group, the country's largest online travel agency, skyrocketed 150 percent month on month, while orders for self-guided tours expanded 126 percent, according to a report released by the company.

With the population once again on the move, tourism-related sectors including accommodation, transportation and entertainment are ready for a rebound.

Alibaba's online travel agency Fliggy said homestay hotels on their platform have become "more popular than before the outbreak," while Juneyao Airlines said it operated nearly 8,000 flights in July, with its overall passenger load factor recovering to nearly 90 percent of the pre-outbreak level.

Scenic spots are also eyeing a business reboot. Over 500 attractions across the country have announced free tickets or big discounts as of July 27, while other tourist attractions have introduced new activities such as night market and music festivals to attract visitors.

As the market warms up, new tendencies have emerged. A survey conducted by China CYTS Tours Holding Co., Ltd. showed that tourists have shifted their focus from price and services to the implementation of anti-virus measures by service providers.

Epidemic concerns fueled the popularity of small-scale and customized tour groups as they can provide better health and safety protection, noted Zheng Xianjun, owner of a travel agency in east China's Jiangsu Province.

Experts said that the recovery of the sector has just started and its potential is yet to be fully unlocked.

Dai Bin, head of the China Tourism Academy, forecast a more robust tourist demand in the second half of the year as cross-provincial travel continues to heat up. Besides, upcoming holidays, including Mid-autumn Festival and the National Day holiday, will help prop up the market.

A sustained revival of China's tourism sector will, however, require joint efforts from the government and enterprises given that industry prospects and market demand are affected by many factors, said a report of Trip.com Group.

In the long run, the tourism industry should deepen risk resistance by improving its service quality and innovating business models to promote healthy development, said Wan Xucai, a professor with Nanjing University of Finance & Economics.