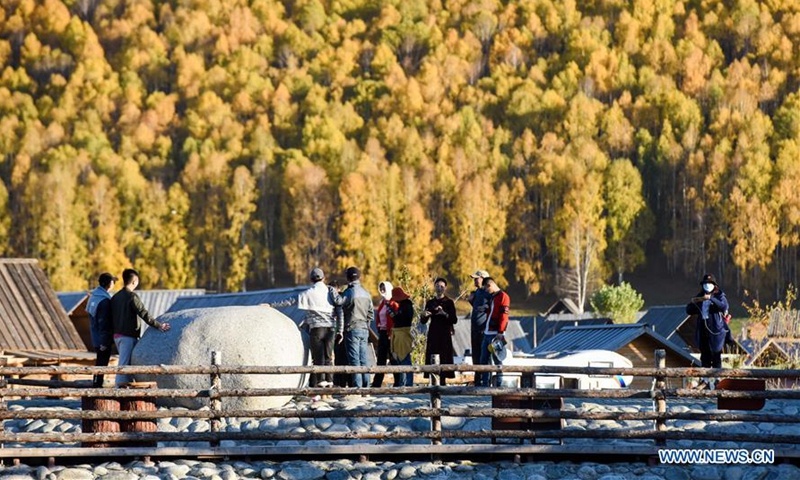 China’s tourism has seen a strong recovery during this year’s National Day holiday period, the first extended holiday since the COVID-19 outbreak, with many expecting that it will boost China’s service sector following the impacts of COVID-19.

As of Friday, China’s tourist numbers resumed to 80.3 percent of the same period last year, while domestic tourism revenue totaled 76.51 billion yuan ($11.28 billion), recovering to 69.5 percent of that of last year.

Even in Central China’s Hubei Province, the first Chinese province which was locked down for several months during the epidemic, tourism during the holiday is returning to the levels close to previous years. According to the local cultural and tourism department, as of Friday afternoon, 30 major tourist attractions in Hubei have received a total number of 311,000 visits, with total revenues reaching 27.75 million yuan, recovering to 85.5 percent of last year, despite the “free ticket policy” in Wuhan on the first day of holiday.

China’s tourism sector, an important indicator of the country’s overall economic health, is expected to lead to more consumer spending and lift the country’s services sector in October, following the severe impacts of the coronavirus, Tian Yun, vice director of the Beijing Economic Operation Association, told the Global Times on Saturday.

Sectors like transportation, catering and entertainment will be the biggest beneficiaries from the holiday rebound, Tian said.

China’s railway industry has seen exponential recovery against the backdrop of a fast tourism recovery. Passenger numbers exceeded 10 million per day for three consecutive days from September 30 to Friday, and around 11.4 million passengers will be carried by the country’s railways on Saturday, according to the China State Railway Group.

China’s box office also received a strong boost from the festive season. Despite audience numbers capped at 75 percent of their total capacity in cinemas for epidemic prevention, the country’s total box office surpassed more than 1 billion yuan during the holiday as of Friday.