PARIS, Jan. 23 (Xinhua) -- China's tourism is undergoing a consumption upgrade and many destinations in the Paris region are serving as a new magnet for Chinese tourists, a French tourism official has said. 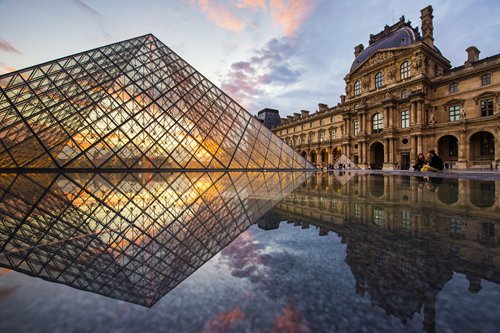 China is the third biggest tourist source country for Paris after the United States and Britain with a total of 1.1 million trips in 2017. It is expected to climb to 2 million in about five years, Christophe Decloux, managing director of Paris Region Tourism Board, told Xinhua in a recent interview.
Chinese tourists prefer smaller groups and self-guided tours. Over the past five years, 48 percent of Chinese tourists have been to Paris at least once. They now look forward to visiting lesser-known destinations and experiencing local culture as the Eiffel Tower and the Louvre no longer suffice, said Decloux.
The changing demands of Chinese tourists make scenic spots such as the Chateau de Vaux-le-Vicomte and medieval town Provins popular. Apart from this, Impressionist-themed travel routes are also popular among China's tourists, Decloux said.
With a boost from the European Union (EU)-China Tourism Year 2018, the board held tourism promotions in China's cities and signed an agreement with Alibaba's online travel platform Fliggy, building web pages to provide more information for China's tourists who are in search of new things, said Decloux.
Online payment platforms such as Alipay and WeChat Pay and 24-hour hotlines are accessible in Paris to ensure safety and facilitate communication, he said.