China to complete building national park on 'roof of the world' 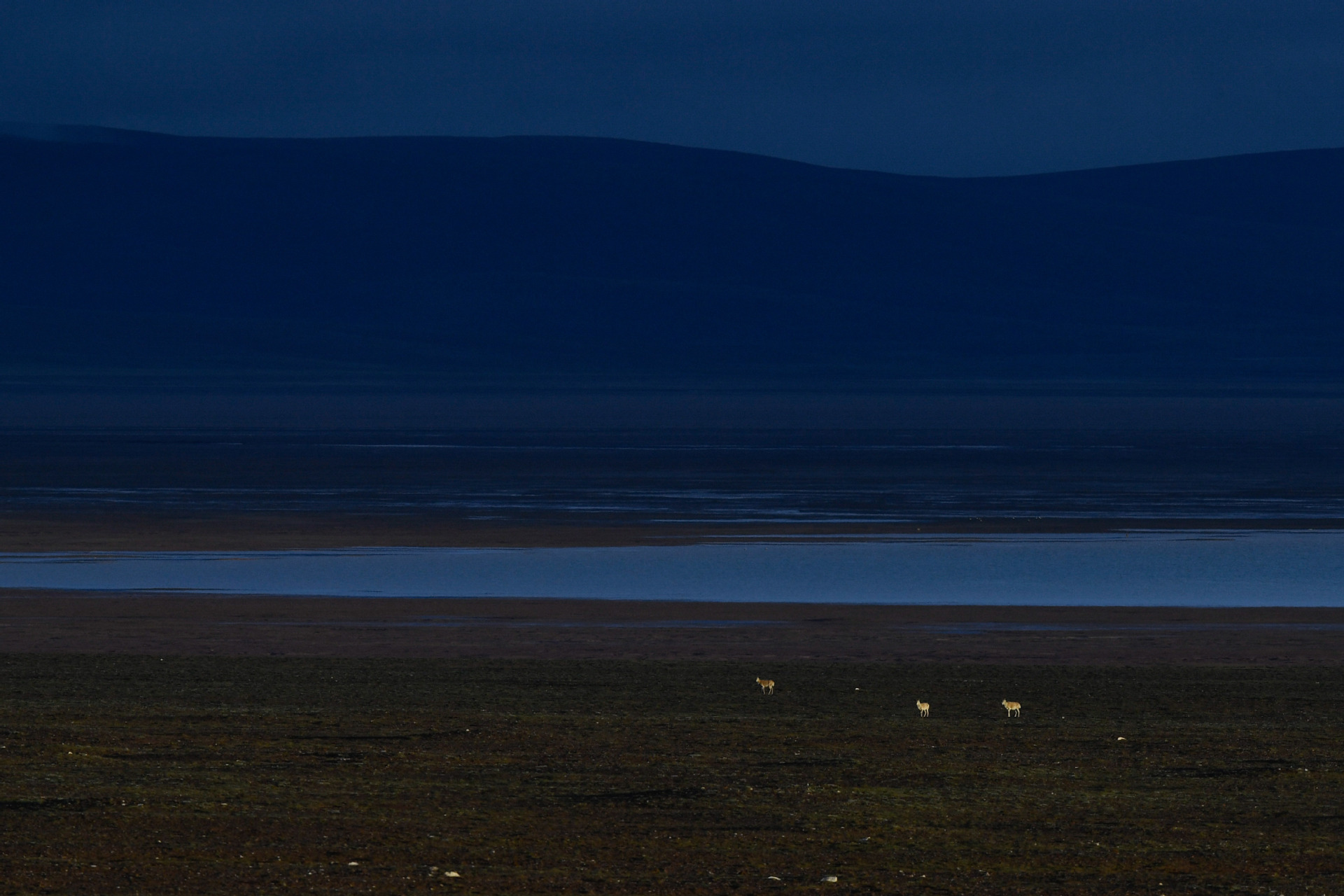 Sanjiangyuan, meaning the "source of three rivers," is home to the headwaters of the Yangtze, Yellow and Lancang rivers.(Photo: Xinhua)

As the high-altitude winds make for a brisk morning, Tibetans in Goyang village offer the ceremonial hada scarves at a monument erected beside streams that flow into a major origin of China's Yellow River.

The village, which is located in the Yushu Tibetan autonomous prefecture of Northwest China's Qinghai province, is in the pilot Sanjiangyuan (Three-River-Source) National Park. The pilot project started in 2016 and the park is scheduled to be officially established this year.

The streams, fenced up with tributes to nature, are the epitome of the improving ecological environment on the Qinghai-Tibet Plateau -- the "roof of the world."

Sanjiangyuan, meaning the "source of three rivers," is home to the headwaters of the Yangtze, Yellow and Lancang rivers.

The pilot national park, with a total area of 123,100 square km, covers two prefectures, four counties and 53 villages, and harbors more than 70,000 herdsmen.

It is one of the country's 10 national pilot parks under construction. The 10 parks involve 12 provinces, with a total area exceeding 220,000 square km.

Since the pilot construction of the park, authorities have assembled a comprehensive law enforcement team, integrated the protected areas under a new management system, and established a database which contains information of natural resources and wildlife in the region.

Soso, a 33-year-old Tibetan herdsman, has lived a nomadic life like most of his peers, residing beside the Gyaring Lake in the Golog Tibetan Autonomous Prefecture. It is a source area of the Yellow River, China's second longest after the Yangtze River.

"Though it's always better for herdsmen to have more yaks and goats, it would lead to the degeneration of grassland, and ultimately the animals won't survive," Soso said.

As the construction on the national park continues, government aid has emerged as a feasible way out of the dilemma.

"After the park went into trial operation, more than 17,000 herdsmen have been employed as ecological protectors, with each earning more than 20,000 yuan (about $ 2,900) per year," said Kata with the park's administration.

"With more protection measures, now the water has become clearer, the grass has grown taller, and the birds that had disappeared since my childhood have flown back," Soso said.

Due to the construction of the park, a more comprehensive patrol and protection mechanism for wildlife has been adopted.

Located at the origin of the Lancang River, the Namse township of Zadoi county in Yushu, is now inhabited by a wide range of animal species.

So far, through consistent efforts as part of the park project, local authorities have monitored 45 snow leopards, a species under top-level protection in China, and many other rare species in the township.

Cewang Dorje, from the township government, said the improving environment and thriving tourism have benefited herdsmen as they were allowed to run businesses in their hometown.

"What tourists like most is watching wildlife like snow leopards," said Namse Omo, a local herdsman, whose homestay received the first batch of tourists to the park in 2018. Around 10 percent of her income from tourism has been utilized to support wildlife protection projects.

According to a meeting of the central authorities held late last month, China aims to build the Qinghai-Tibet Plateau into a national and even international highland in ecological progress.

In the past four years, governments at all levels have invested a total of 780 million yuan in improving the environment and solving various ecological problems in Sanjiangyuan, such as land desertification and grassland damage by marmots, said He Wancheng, director of the park's administration.

Another 940 million yuan has been spent on the construction of roads in a bid to create a patrol road network that could safeguard the region.

"The construction of the park will eventually realize the authenticity and integrity of natural ecosystem protection and leave precious natural assets for future generations," said Liu Tao, deputy governor of Qinghai Province.

Technological innovation has been introduced to the park as well. At the ecological information monitoring center of the park administration, visuals of the construction sites, highways and even migration of Tibetan antelopes in Hoh Xil can be projected on a big screen to alert the staff in case of any emergencies, poaching activities, or violations of regulations.

"Even if it's dark, we are equipped with real-time online monitoring via infrared technology," said Cao Jun, director of the ecological information monitoring center of the park administration. He added that the system is able to retrieve data from more than 900 stations.

The construction of national parks means more systematic and effective protection of biodiversity, said Yang Rui, director of the Institute for National Parks of Tsinghua University in Beijing.

"China is one of the countries with the richest biodiversity and has the conditions and ability to achieve revolutionary changes in biodiversity conservation," Yang said.