TRAVEL China to see travel peak during May Day holiday

China to see travel peak during May Day holiday

China will see a travel peak during the May Day holiday as tourism will rebound thanks to the country's success in curbing the COVID-19 epidemic. 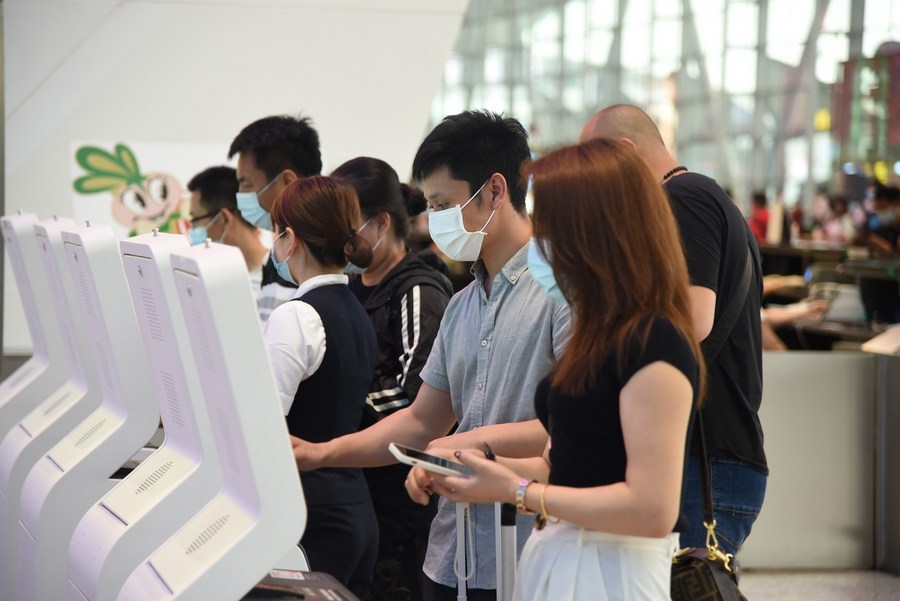 About 265 million domestic trips are expected to be made by passengers during the upcoming five-day holiday from May 1 to 5, according to the Ministry of Transport (MOT). May Day, also known as Labor Day, is observed on May 1 in China.

The estimated figure represents an increase of 120.1 percent year on year, close to the 2019 level, the MOT said.

Departure passenger flows are expected to peak on the first day of the holiday with about 57.9 million passenger trips, up 115 percent and 6 percent from the levels in 2020 and 2019, respectively, MOT data shows.

A total of 36 direct tourist trains to popular destinations, including northwest China's Xinjiang Uygur Autonomous Region and northeast China, will be arranged during the holiday, and panda-themed tourist trains will take visitors to tourist cities such as Golmud and Dunhuang.

The number of vehicles hitting the road on the first day of the holiday is expected to exceed 60 million, a record high, the MOT said.

Airlines are also witnessing a boom in flight bookings. According to China Eastern Airlines, during the May Day holiday, its average daily flight volume will exceed 2,700, compared to 2,650 in the same period of 2019.

Domestic ticket bookings have soared since April. In mid-April, the number of single-day flight bookings through qunar.com, an online travel service provider, hit the highest level since the company was established, said Lan Xiang, a data specialist with qunar.com.

The number of daily ticket bookings for the holiday increased by more than 30 percent compared with the same period in 2019, Lan added.

Tourist destinations nationwide have launched new tourism routes and products to provide a high-quality tourism experience for visitors amid the epidemic prevention and control measures.

Beijing's Badaling section of the Great Wall will cap its daily number of visitors at 75 percent of the maximum capacity during the holiday. Visitors need to reserve tickets in advance.

To accommodate the May Day crowds, the Badaling will extend its opening hours during the holiday and launch night tours from April 30 to May 4.

The renowned Changbai Mountain scenic area in northeast China will reopen its southern part to visitors on May 1. The part was previously closed off out of geological hazard concerns.

In Zhengzhou, capital of central China's Henan Province, the new building of the Zhengzhou Museum, covering an area of 147,000 square meters, will also open to the public on May 1.