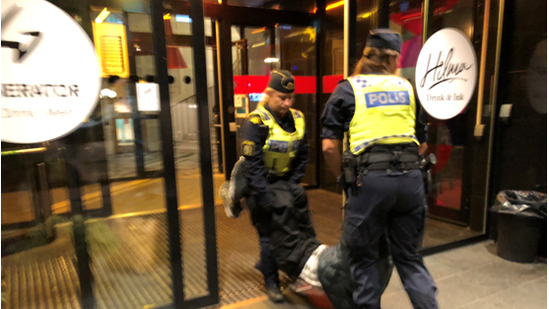 Stockholm (People's Daily) - The Chinese foreign ministry and embassy in Stockholm have complained to the Swedish government over violent law enforcement by the Swedish police against Chinese travelers, an online statement of the embassy said on Saturday.

The statement came after media reports about three Chinese tourists who accused the Swedish police of forcefully expelling them from a hotel earlier this month.

Saying that the brutal behavior shown by the police officers seriously endangered the safety of Chinese tourists and violated basic human rights, an embassy spokesperson in the statement requested Swedish government to immediately probe the incident and issue a timely response to the victims' demand for apology and reparations. 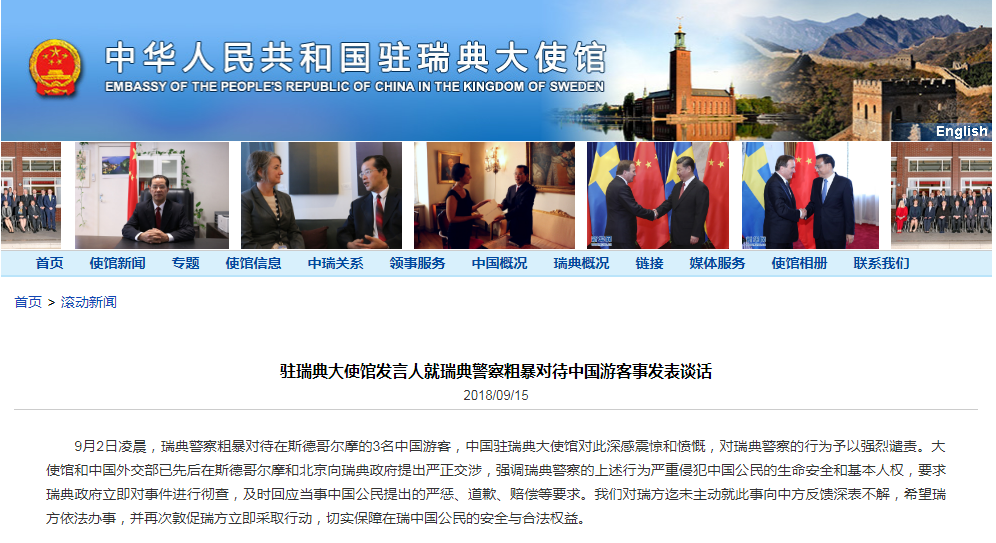 Screenshot of the latest response by Chinese embassy in Stockholm

The Swedish police department has yet to respond.

The embassy earlier issued a safety alert, noting that there are more cases where Chinese tourists have been victims of theft and robbery, as well as cases where they were treated poorly by Swedish police.

According to one of the victims, surnamed Zeng, he and his parents reached Stockholm, Sweden, in the early morning of Sept. 2. The room they had booked was not available for check-in until later in the day. Considering the health of his parents, Zeng asked the hotel staff if he could pay a fee, so that his parents could rest on some chairs in the lobby. 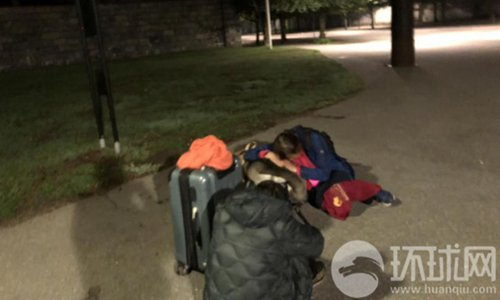 Zeng said the hotel staff reacted rudely and told them to leave or they would call the police.

According to Zeng, after the police arrived, he showed them his parents' prescription medication and asked if they could stay at the hotel to rest and that he would leave. He said the police ignored his request and forcibly dragged his father out of the hotel and threw him to the ground. 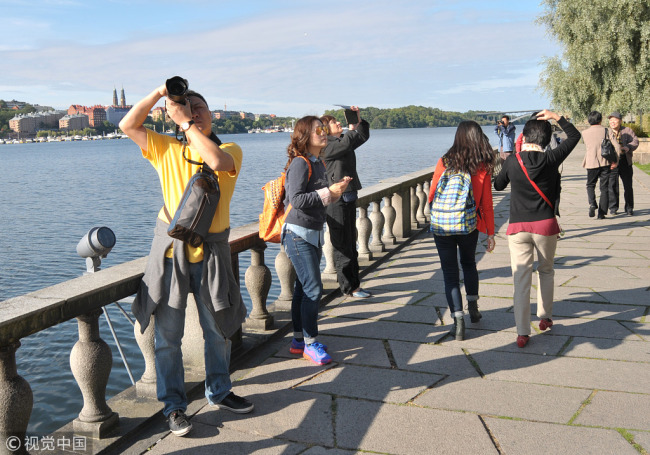