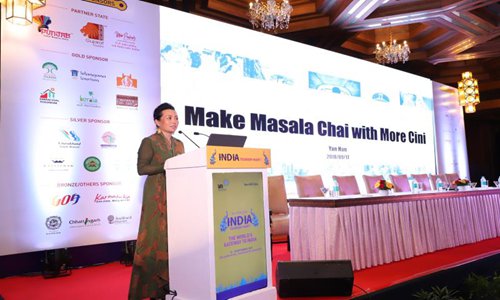 Topline has recently opened operations in Gurgaon, India and is in the process of opening more offices in Mumbai and Bangalore, as the company is positioning itself for what could be a huge opportunity for India's tourism sector.

"While the number of outbound Chinese tourists increased from 117 million to 131 million for the period of 2015-2017, the total number of Chinese tourists to India was less than 1 percent of the overall tourists in the past three years. This presents a very strong opportunity for the Indian tourism sector," Han said, according to a press release.