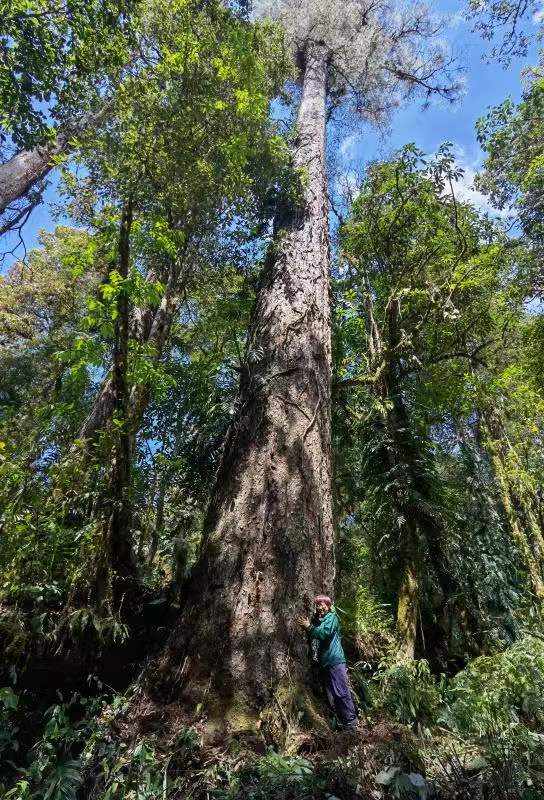 The tree, belonging to Pinus bhutanica, or Bhutan white pine, was measured by a research team led by Peking University in April. The final measurement beats the previous height record of 72 meters.

The team used laser radar, which can obtain a 3D point cloud model of the tree directly, rapidly and accurately, said Guo Qinghua, a professor at Peking University, adding that it is the most advanced method for measuring the height of trees.

The research team has found a total of eight trees measuring over 70 meters tall in the survey in Gelin Village in Medog. The height ranges from 70.2 meters to 76.8 meters.

Gesang Bachug, head of the forestry and grassland administration in Medog, said it is hoped that the collected data and analysis by researchers will shed light on the conditions and mechanisms of the tall trees' growth to offer a scientific basis for local conservation efforts.