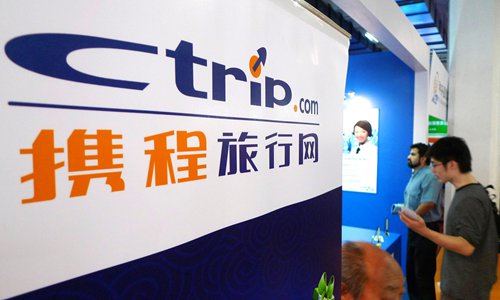 Chinese netizens are calling for an official apology from Ctrip after a system glitch affected travel arrangements of hundreds of users on Wednesday and Thursday.

A large number of complaints about failing to check in at hotels booked through Ctrip started to surface on China's Twitter-like Sina Weibo on Wednesday night.

Netizens said there was a glitch in Ctrip's system, which caused a variety of hotel reservation problems. For instance, some paid for their hotel reservations, only to find that the bookings became invalid or even didn't exist in the system. Some were told at the hotel reception that the hotels they booked through Ctrip didn't received their reservation orders. And they couldn't cancel those orders or get  a refund.

"Customer service is unavailable all the time. It completely destroyed my mood for this trip during the holidays. Had to switch to a high-priced hotel at midnight," one netizen said.

In response, Ctrip first announced on its Sina Weibo account Thursday morning that it had received feedback about its hotel order problems, and that the hotel reservation system failure would not affect reservations on its other businesses.

It wasn't until Thursday afternoon that the Chinese online travel agency eventually fixed the glitch. According to another announcement Ctrip issued on Sina Weibo, "The system failure has been fixed, and the reservation function now works. Ctrip will handle the orders affected by the failure by arranging bookings or cancellations and refunds. In the meantime, Ctrip will provide special reservation coupons to users affected by the failure."

While Ctrip also said it would learn its lesson and improve its system support level, some netizens believe that the company still owes the public an apology.

"Although I'm not one of the victims, as a senior Ctrip user, I feel very disappointed seeing that Ctrip was so slow to respond and didn't apologize to consumers for such a big mistake," a Sina Weibo post said.

Others believe that the company's technology and services need to be further improved.

"Ctrip's artificial intelligence customer service is not intelligent at all; therefore, consumers still need to talk to customer service personnel to get their problems solved," Liu Dingding, a Beijing-based industry analyst, told the Global Times on Friday. "Their customer service and relevant mechanism need to be improved."

In the first half of the year, Ctrip made 16.86 billion yuan ($2.37 billion), of which accommodation reservations accounted for 38.14 percent, second only to transportation ticketing's 40.11 percent, according to a financial report it released in September.