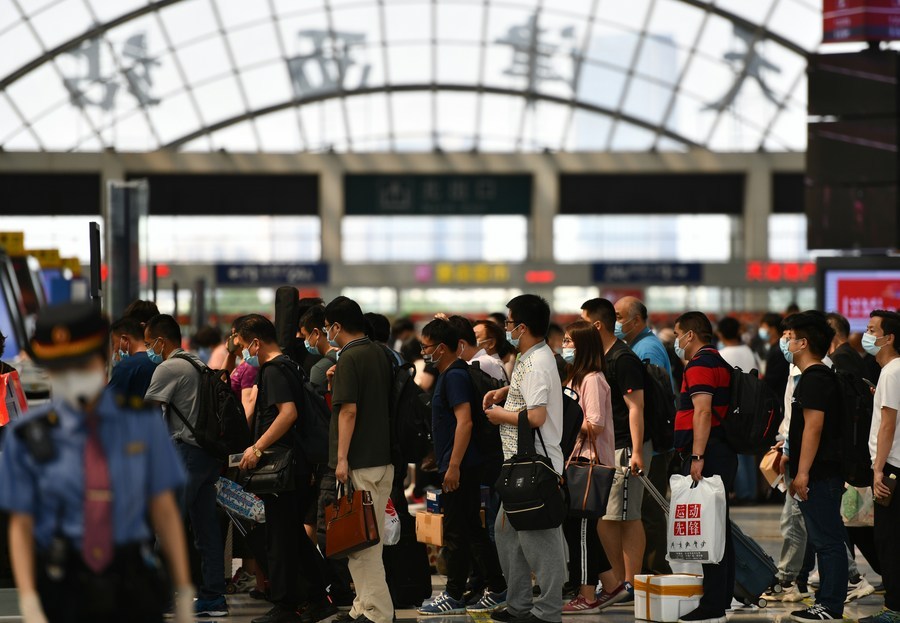 Passengers line up to check in at the Tianjin west railway station in North China's Tianjin, June 6, 2020. (Photo: Xinhua)

BEIJING - China saw around 78.79 million passenger trips during the three-day Dragon Boat Festival holiday that ends Saturday, according to an estimation of the Ministry of Transport (MOT).

Passenger trips on trains reached 17.76 million during the holiday, while trips via waterway totaled 1.61 million, data from the estimation showed.

An estimated 2.68 million trips were operated by civil airlines, with the average load factor standing at 69 percent, while 56.73 million road trips were made, according to the MOT.

China's transport sector registered orderly and stable operation during the holiday. The national road network posted steady performance, with traffic volume of expressways estimated to reach around 92.69 million vehicles in the period.

The ministry urged efforts to strengthen epidemic prevention and control during the holiday, such as taking health protection measures for public transport, preventing the gathering of crowds at stations and scenic spots as well as optimizing management of expressway service areas.