A report on travel trends in China focusing on Europe has indicated that the willingness of Chinese people to travel abroad is gradually increasing, with the consumer spending outlook being relatively bright, China.org.cn reported. 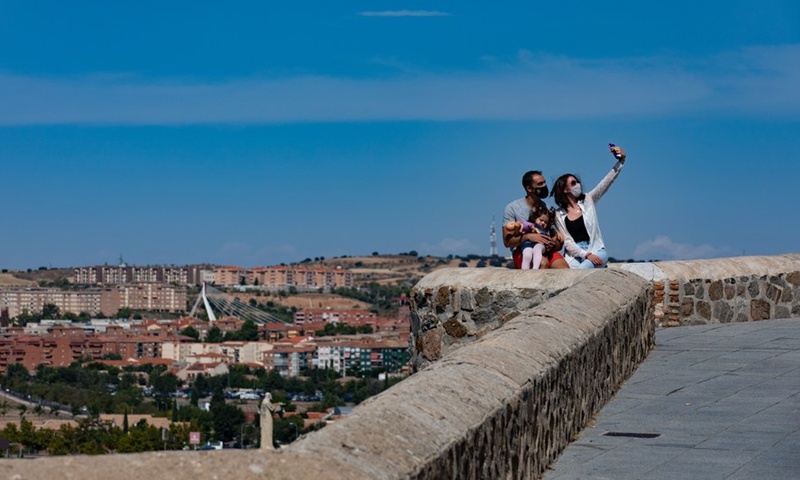 Tourists take selfie in the old city of Toledo, Spain, Sept. 22, 2020. Tourism in Toledo has been heavily affected by the COVID-19 pandemic. (Photo: Xinhua)

The report is based on a survey jointly carried out by the Netherlands Board of Tourism & Conventions and the China Tourism Academy (CTA), the latter of which serves as the data center for China’s Ministry of Culture and Tourism.

The survey collected 5,335 questionnaires from respondents in China’s 31 provinces, autonomous regions and municipalities who have travelled outside Asia over the past three years, containing a series of information, such as people’s travel willingness, the transportation modes that they prefer to take, and concerns regarding vaccine passports, among others.

The report was released at a seminar on China-Europe travel trends held on Sept. 8 at the Dutch Embassy in Beijing. While delivering a speech at the meeting, Dai Bin, head of the CTA, said that confidence in the tourism market is recovering, and the revival of the sector is irreversible.

Earlier at the BRICS Tourism Ministers’ Meeting, a senior official at China’s Ministry of Culture and Tourism expressed that China would study the plan to relax restrictions on inbound and outbound travel at an appropriate time in accordance with the situation of the global pandemic.

In the speech, Dai expressed hope that the pandemic will be contained around the globe as soon as possible so that people around the world can travel freely. At that time, the people of Europe will be able to travel to China via the New Silk Road to learn more about the ancient, modern and open country.

During the seminar, the Netherlands Board of Tourism & Conventions also released a report on outbound travel trends in Europe.