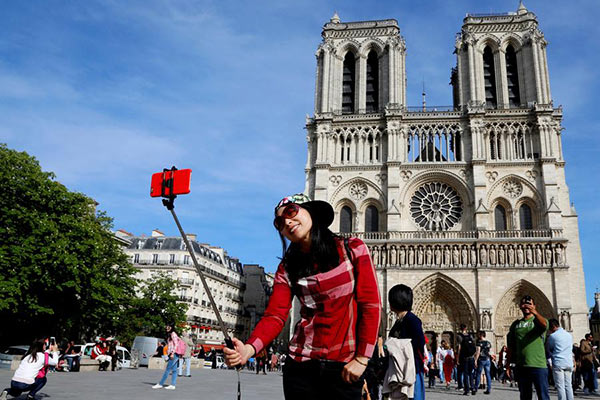 BEIJING, Feb. 13 (Xinhua) -- A total of 149.72 million outbound trips were made by Chinese tourists in 2018, up 14.7 percent from the previous year, the Ministry of Culture and Tourism announced Wednesday.

Meanwhile, domestic tourist spots are also popular among Chinese residents. The number of domestic trips taken by Chinese travelers exceeded 5.5 billion in 2018, an increase of 10.8 percent year on year, said the ministry.

In 2018, a total of 141.2 million inbound trips were made by tourists from outside the Chinese mainland, a slight increase of 1.2 percent than that of 2017, the ministry said.

The total number of outbound and inbound trips hit 291 million in 2018, up 7.8 percent year on year, according to the ministry. Enditem