Thailand has announced the arrival of the 10 millionth Chinese visitor in 2018 in Bangkok's Suvarnabhumi Airport, a milestone for the country's tourism industry. 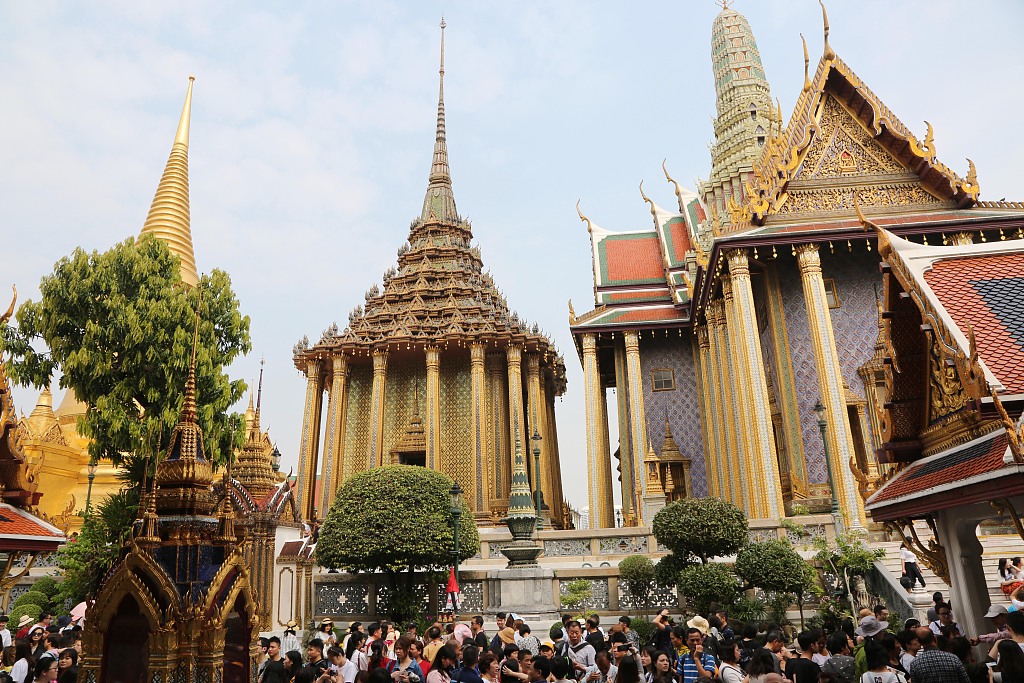 He Weixin, the 10 millionth Chinese visitor who was from China's Yunnan province, disembarked from a Thai Airways International flight from Kunming on Wednesday, and was welcomed by the Tourism Authority of Thailand along with representatives from the tourism-related public and private sectors.

Presiding over the airport welcome ceremony, Weerasak Kowsurat, the minister of Tourism and Sports, said China is Thailand's largest tourism market with Chinese arrivals constituting one-third of the overall number of visitors to Thailand.
"The welcoming of the 10 millionth Chinese tourist for 2018, for the first time ever for Thailand, reiterates the Thai tourism industry's ongoing efforts to strengthen the awareness of Thailand as a top destination," said Weerasak.
"Thailand will improve the country's safety and security standards, and improve facilities and access to the emerging secondary provinces to make the country a more preferred destination for Chinese tourists," he said.
He Weixin said this was her second trip to the Kingdom. She planned to go to the famed seaside destination Hua Hin with her family. Attracted by the country's culture and scenery, she "felt blessed in the land of smile."
Chinese visitors remain the biggest contributor to the country's lubricate tourism industry, with more than 520 billion baht ($103 billion) generated from more than 9.8 million tourists in 2017.
The number dropped after a tour boat accident off southern Thailand's Phuket in July which killed dozes of Chinese holiday makers, raising safety concerns. Thailand's image in China has also been hurt by a viral video of an airport guard apparently punching a Chinese tourist.
From January to October 2018, the number of Chinese arrivals to Thailand totaled 9 million, generating revenue of 495 billion Baht ($103 billion).