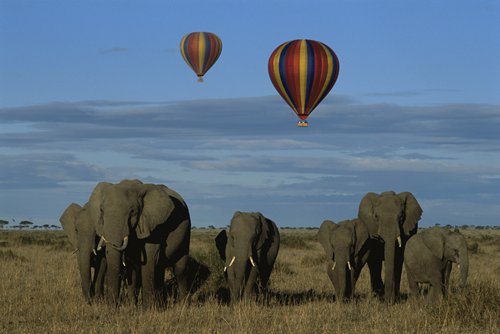 Hu Dongdong knows the history of the Karen Blixen House, one of the historical sites in the Kenyan capital city of Nairobi, better than most locals.

The 26-year-old employee of the PowerChina International Group is a volunteer guide and translator for the growing number of Chinese tourists who visit the museum located 10 kilometers from the city center.

Hu told Xinhua that he chose to work as a guide at the site due to the inspiration drawn from the life of Karen Blixen, the Danish author who lived in the facility from 1917 to 1931 during colonial times in Kenya.

"She is a role model because of the way she treated and interacted with the local community," Hu said.

Hu normally volunteers at the museum during the weekends when he is not at work. "I like my duties because the Chinese guests appreciate my work," he added.

Hu is among the eight volunteers who spend their weekends guiding fellow Chinese nationals who visit the historical site.

Out of the continent

The National Museum of Kenya (NMK) has partnered with PowerChina International to reduce the language barrier and improve its service to Chinese tourists.

Damaris Rotich, the senior curator at the Nairobi Museum, said the Karen Blixen Museum has seen an upsurge in the number of Chinese tourists.

Rotich said that given that most Chinese visitors are not fluent in English, this has created a communication gap between the Chinese and local guides.

"The Chinese volunteers therefore are a vital resource that will help to increase our service for Chinese visitors," she said.

According to the NMK, the Karen Blixen Museum receives between 50,000 and 60,000 visitors annually with Chinese nationals making up approximately 10 percent of the guests.

"We hope that the Chinese tour guides will significantly increase the share of Chinese visitors," he added.

Rotich said tourists from the Asian country could help Kenya diversify its tourist revenues that have traditionally relied on international visitors from the west.

When Blixen lived in the farm house, it consisted of 4,500 acres of farm land as well as a coffee processing facility.

The historical site currently consists of all her household belongings, depicting her life and cordial relationship with the locals.

The Karen Blixen House, which sits on 5 hectares of land, was converted into a heritage site in 1985 after it gained international fame following the release of the Hollywood movie Out of Africa, which is based on a book authored by Blixen.

Rotich said the movie helped to raise the profile of the Karen Blixen Museum, which served as a setting of the film that won several Academy Awards.

She added that some of the most prized possessions of Blixen on display are Chinese artifacts including a rich collection of Chinese porcelain.

Liu Heng, a 28-year-old employee of PowerChina, also serves as a tour guide at the Karen Blixen Museum.

Liu said the time spent as a volunteer is very rewarding as it helps to cement Sino-Kenyan ties.

"My translation work for the museums helps the Chinese understand Kenya's rich cultural and dynamic heritage, especially during the colonial era," Liu added.

He revealed that he was also inspired to volunteer by the life of Blixen, who had a deep appreciation of the African people.

He added that there is growing interest among Chinese nationals to learn the history of the African continent.

According to the Chinese tour guide, the peak season for Chinese tourists in Kenya is between June and September during the summer vacation, when Chinese tend to take their children on overseas trips.