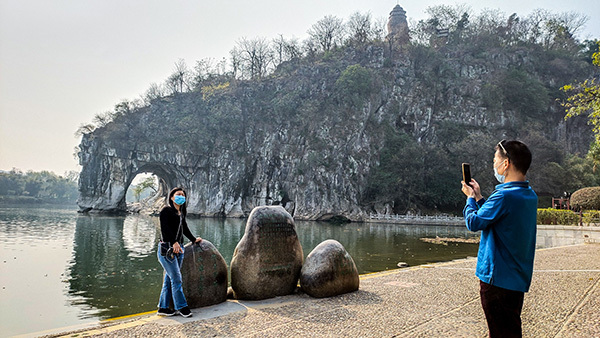 Tourists from Guangdong province pose for a photo in front of the Xiangshan tourism area in Guilin, Guangxi Zhuang autonomous region, which partially reopened on Feb 26. [Photo by Yang Zongsheng/China News Service] 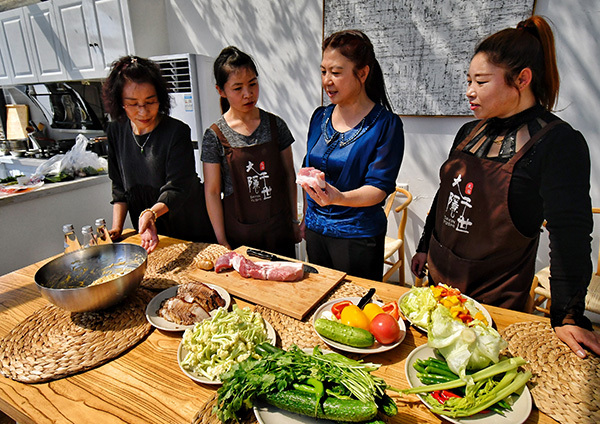 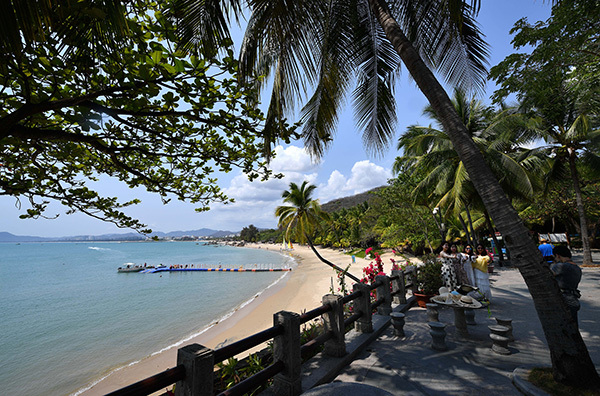 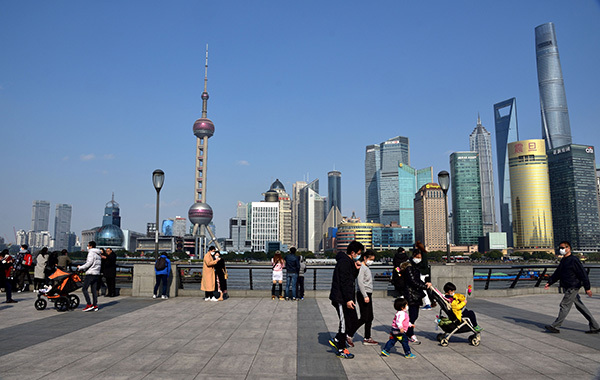 Visitors walk along the Bund in Shanghai on March 14. [Photo by Zhou Dongchao/China Daily] 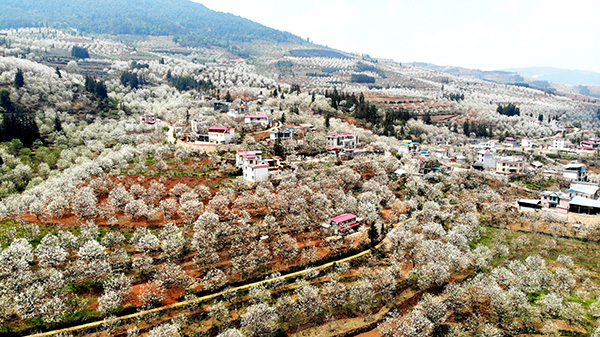