City sets its sights on becoming a world-class tourist destination 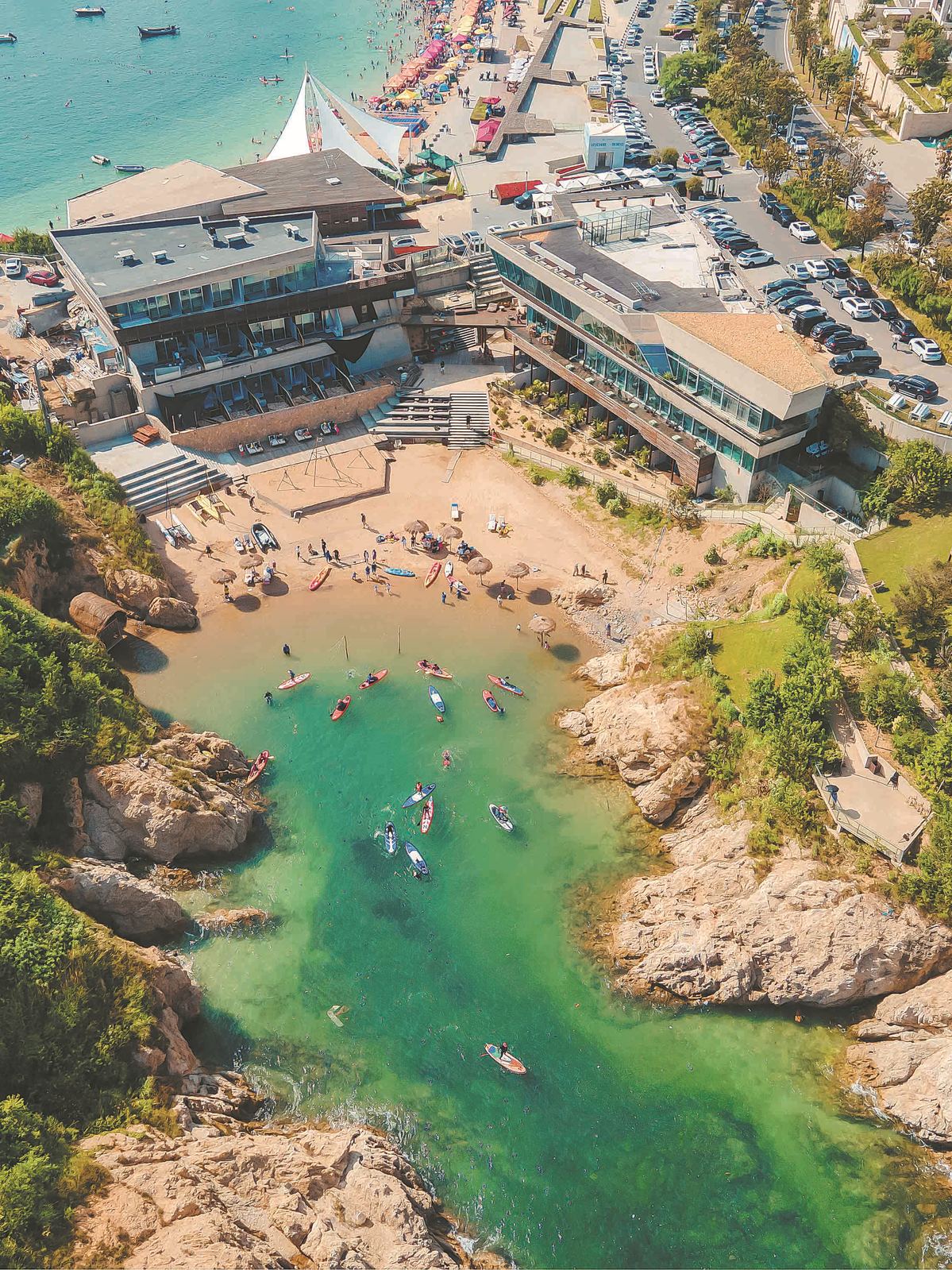 Wang Jian, 42, who runs a minsu, or bed-and-breakfast business, enjoys the sea every day at his homestay in the tourist destination of Dalian, Liaoning province.

"When I was a child, I came to Dalian many times to visit relatives, and I have vivid memories of having fun by the sea," Wang said.

In April 2019, he and his wife opened the Amble Hotel at Fisherman's Wharf in the city's Zhongshan district. Together with their son, they offer a homestay full of vintage furniture they collected in the United States.

"Our guests, especially those with children, love to collect shells and crabs at a nearby beach when the tide is ebbing. Some guests like sitting on the terrace and enjoying the breeze and the beautiful view of the fishing harbor," Wang said.

"Sometimes guests skim stones across the surface of the sea, while they also enjoy chartering a boat to fish or to watch the sun rising from the water," he added.

"We have had a limited number of reservations for the past three years, but I feel that our business is really attractive for tourists. Were it not for the COVID-19 epidemic, we might have opened a second or even a third branch."

Huang Yi, the owner of a neighboring homestay, opened a resort hotel about 2.5 kilometers east of the harbor, with imposing mountain scenery on one side and ragged cliffs on the other.

"We opened The Whale of Four Seasons hotel at the end of 2019, but then the epidemic emerged. However, it didn't stop us helping our guests to experience the city in a better way," Huang said.

She added that she and her husband, who have traveled to more than 60 countries, want to make the hotel a destination for lonely and rich souls to meet and have fun.

Huang feels that the sea off Dalian－unlike the calming effect of waters in Sanya, a popular tourist destination in Hainan province－has other qualities.

"No matter whether you're just sitting on a rock listening to the sound of the waves, scooping up sand on the beach, or shouting toward the sea, you can sense its power of healing," Huang said.

The hotel is cooperating with local expert participants in marine sports such as fishing, yachting, diving and kayaking.

While arranging guests' itineraries for charter boat fishing trips, Huang also sees that they are accompanied by an experienced angler, ensuring that they catch some fish.

Guests make fish soup to enjoy by the sea, with Huang's staff members setting up a tent and supplying wine, ice cubes, soft drinks and hamburgers. Music is also provided.

"It's simple but very impressive. Many people are reluctant to do all these things by themselves, but we like to do it all for them," Huang said.

With its rich marine and tourism resources, Dalian aims to become a world-class destination for visitors.

On June 20, the city's bureau of culture and tourism launched a total of 28 routes to islands, coastal areas, camping sites and other locations.

Work on the first phase of Hi Coast, a marine cultural tourism project, is expected to start next month. With a total investment of 1 billion yuan ($149 million) in two phases, the project will feature new entertainment facilities, including an underwater theme park.

Yang Xiaohai, general manager of the project, who has developed and operated several marine tourism projects in Sanya and other Chinese cities, said he was deeply impressed the first time he saw the soft sand that stretches 4.5 kilometers along the coast of Jinshitan.

"We will create a variety of businesses here and make it a lively and happy beach," he said.