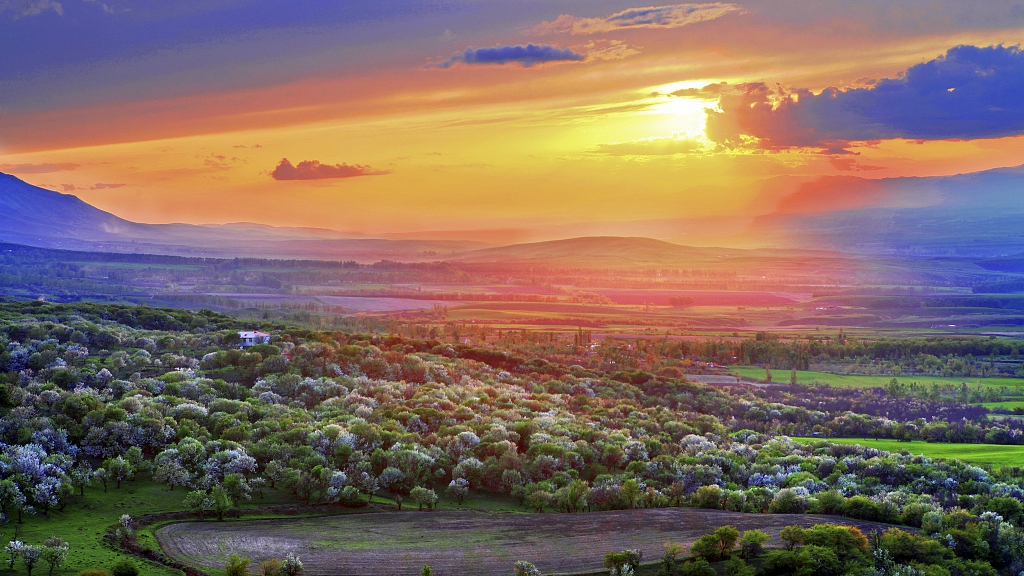 Northwest China's Xinjiang Uygur Autonomous Region has been expanding the use of clean energy in the tourism industry to retain its unique scenery.

Tianchi Lake, also known as Heavenly Lake, is a national 5A tourist attraction. As winter vacation is drawing near, the staff of the management committee of the scenic area are stepping up preparations for the 18th Ice and Snow Festival.

The Tianchi Lake scenic area is the first in the region to fully use gas and electricity to replace coal in transportation, accommodation and catering. Now more than 95 percent of the facilities in the area are using clean energy, which has helped reduce over 4,000 tonnes of coal consumption since the clean energy program began.

The Urumqi naan industrial and cultural park is a rising star in Xinjiang's tourism. It showcases the history and cooking process of naan, a type of leavened pancake and a staple food for the ethnic groups in the region.

Traditionally, naan stoves were fueled by charcoal. But now, naan makers in the park mainly power their stoves with electricity. An approximate 60 million kWh of electricity is generated to substitute the energy provided by burning charcoal in the park each year, according to the State Grid's Urumqi power supply company. Now eight naan producers in the park can bake up to 500,000 naans a day.

The green efforts are part of the region's move to protect the local environment while further promoting its tourism industry.

Xinjiang boasts rich natural resources and marvelous landscapes, making tourism one of its fastest-growing industries. In the first 10 months of 2019, Xinjiang received 200 million tourists, up 42.62 percent year on year, a new record high.