TRAVEL Counting the homeless in the City of Light

Counting the homeless in the City of Light 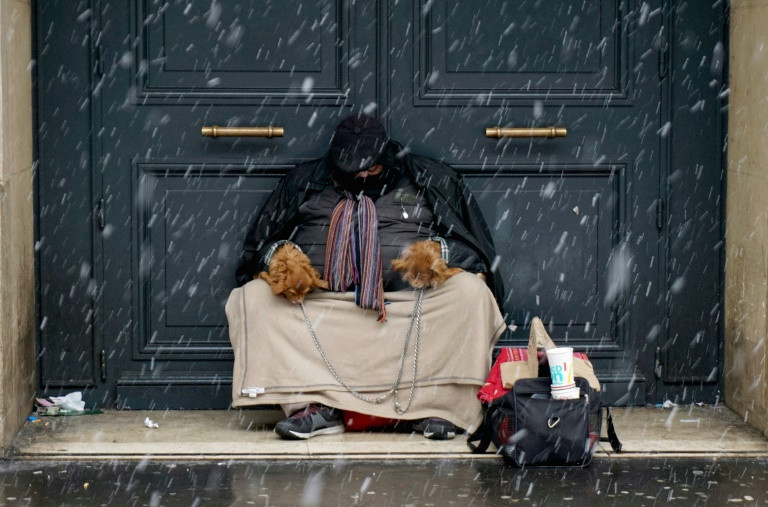 There's no official data on how many homeless people sleep on the streets of Paris. Photo: AFP/Gerard Julien

Of Emmanuel Macron's many bold promises since sweeping to power last year, his pledge to completely banish homelessness from the streets of France was perhaps the boldest.

The president gave himself until the close of 2017 to end rough-sleeping once and for all -- but a midnight stroll through Paris shows that goal to be distant dream.

"We've failed there," Macron admitted last week, pointing to a continuing influx of African and South Asian migrants who often end up camping out.

Visitors are often shocked by the grim poverty in pockets of the City of Light, the constant begging on the metro and the migrants' tents perched in the freezing cold along the scenic Canal St Martin.

Charities estimate the homeless population of Paris to be about 3,000. Many are foreign, often from Eastern Europe.

But there's no official data -- an issue that city hall, under pressure to tackle one of the capital's most visible problems, is now trying to fix.

Some 2,000 volunteers and officials fanned out until 1 am, counting the bodies huddled in doorways and surveying those awake about their housing and health problems. Rail workers counted those sheltering at metro stations.

Taking her cue from similar initiatives in New York, Brussels and Athens, Hidalgo hopes this "snapshot of reality" will lead to better policies to help those living in indignity as the city passes them by.

- Heartbreak behind the numbers - 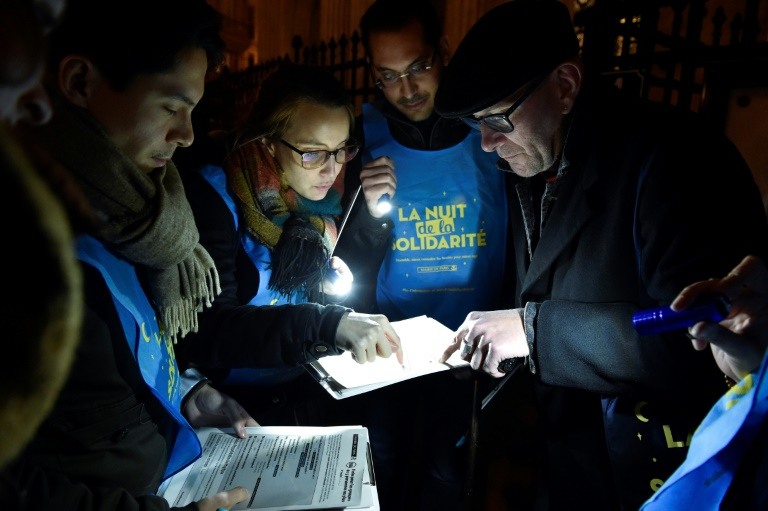 Early figures will be released next week ahead of the full census next month.

But what the figures won't show is the human misery behind them.

"Welcome to the Hotel California," a stocky man slurred from his damp mattress near the lush Buttes Chaumont park.

Barefoot as he huddled by a warm air vent, Danilo, a Croatian Serb who fought in the 1990s Balkan wars, gave his age as 44. But he looked a decade older.

Beside him lay a friend with a badly bruised face, the pain numbed by alcohol.

Danilo's is the story of a life spun out of control. An electrician who once worked for Siemens in Germany installing hospital machines, he moved to France two years ago after a painful divorce.

Irregular work dried up. He spends his days drinking on his mattress and jovially greeting the neighbours.

"Spring will come and I will change my life," he said. He pulled out a large silver cross from beneath his jumper.

"I'm asking him for a little helping hand," he said, nodding heavenwards. 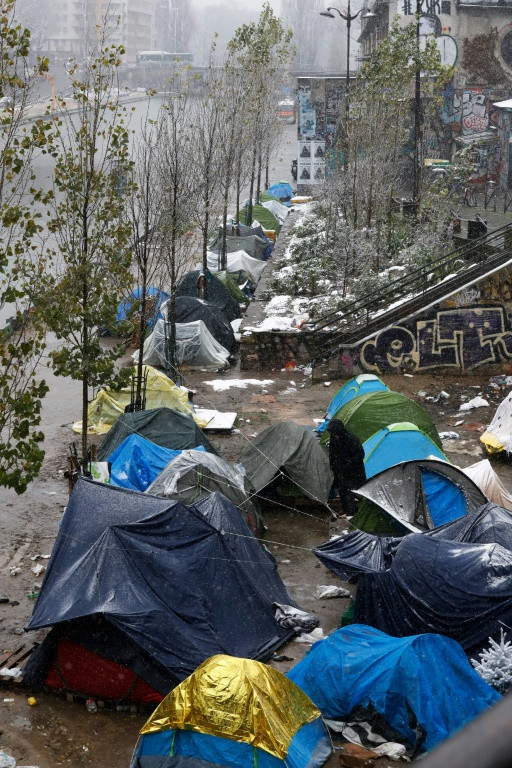 Migrants have been camped out alongside the Canal St Martin in Paris despite the recent cold snap. Photo: AFP/Patrick Kovarik

Ruth Owen, policy coordinator at the EU federation of homeless organisations FEANTSA, said rough sleeping had soared in Paris since the financial crisis, a phenomenon seen in other European cities like London, Dublin and Athens.

"On a basic level, it's due to house prices rising faster than incomes," she said, adding that despite France having the strongest housing rights in Europe, this doesn't always amount to much.

An estimate by statistics agency INSEE put France's national homeless count at 141,500 in 2012, but charities say this has likely rocketed due to a housing crunch and the migrant crisis.

But two ruling party members have landed themselves in hot water over homelessness in the space of just days.

Urban affairs minister Julien Denormandie prompted an uproar by asserting only 50 men were sleeping rough in the Paris region -- a stunning underestimate, according to charities.

And days later, Paris lawmaker Sylvain Maillard, a member of Macron's party, added fuel to the fire by insisting that some stay on the streets, even in the snow, "by choice".

"We're getting ministerial declarations that are completely disconnected from realities on the ground," said Florent Gueguen, head of the FNARS federation of anti-poverty charities.

The 50 figure, it turned out, referred to those who called the overstretched emergency hotline and failed to secure a bed for the night.

It fails to take into account the many who have abandoned the service after bad experiences, often spending hours waiting for a response.

Danilo gave up on the shelters long ago. "There are fights, it's dirty, and people steal your things," he said.

Some foreigners avoid them for fear of flagging up their immigration status, while others simply have no idea there's a number they can call for help.

The number of non-nationals among the homeless was not included in the census, in line with France's strict limits on collecting data about ethnicity.

A city hall spokeswoman said knowing their nationality was "not a priority".