When Edward Gawne and Selina Liao first came to Wuyuan county, they did not know that one day they would get married in an old, local mansion. 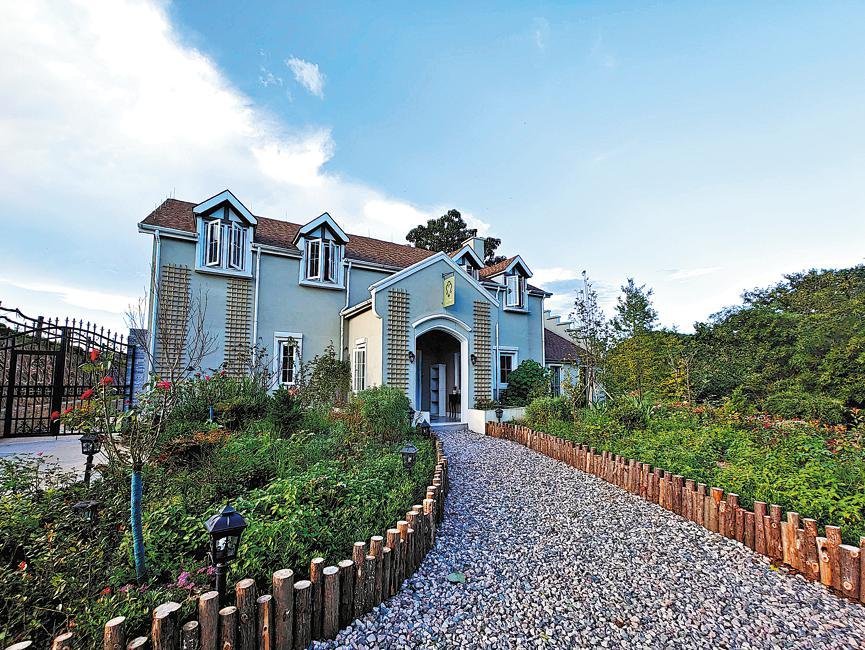 Located in East China's Jiangxi province, Wuyuan is known as one of the most beautiful scenic areas in China, with a forest coverage rate of 82.64 percent. It is also dotted with historical sites and ancient buildings of the Ming and Qing dynasties (1368-1911) featuring the exquisite Huizhou style.

The smell of wood, morning dew, the sight of green fields, and the sound of birds chirping were core elements of Gawne's childhood in southern England, but became distant memories after moving to Shanghai, where he met Liao, a Jiangxi native working in finance.

The couple was deeply attracted by the beautiful scenery in Wuyuan when traveling there in 2015.After their visit, Liao resolved to come back and settle down in Wuyuan, and Gawne followed without hesitation.

"There are trees, bridges, and flowing water, and the old Huizhou-style houses are very beautiful. It is exactly how I imagined traditional Chinese culture would look," he says.

In the same year, the couple adopted an almost derelict old mansion and decided to transform it into a Chinese-English style family inn. It took nearly two years of renovation using multinational designers and architects. They named their masterpiece Skywells, inspired by the signature feature of Huizhou-style houses. 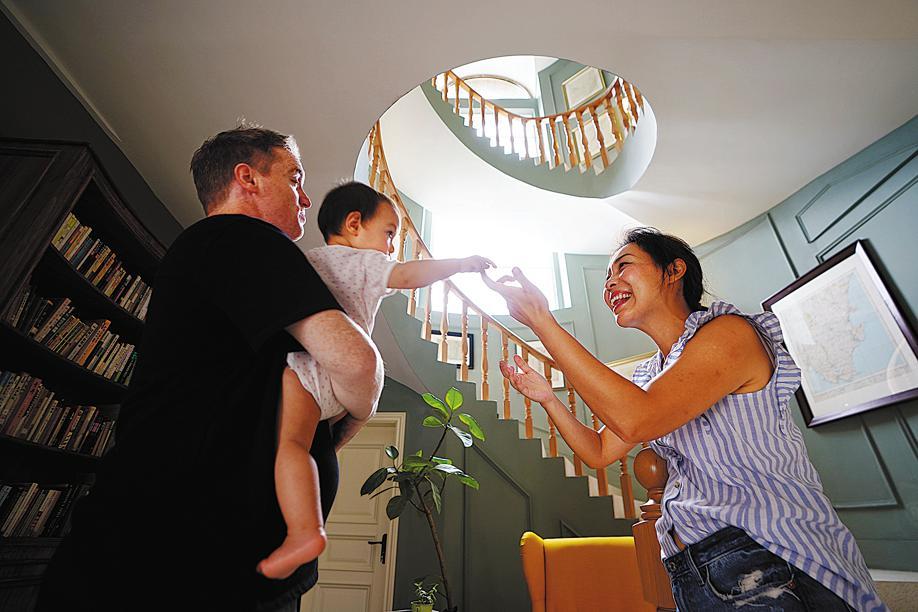 The couple plays with their son at home in Wuyuan.

In May 2017, the couple held a traditional Wuyuan-style wedding at their inn. They also replaced a termite-infested pillar with a new one engraved with their love story, which was crafted by a woodcarving master.

Three months later, Skywells kicked off operations, and more than 90 percent of the guests were foreigners. Gawne and Liao are proud that people from all over the world can learn more about the mountains, water, culture, and folk customs of Wuyuan and appreciate the new look of the Chinese countryside.

"We posted information about the house on Facebook, and many of our friends said they wanted to come to China as a group," says Gawne. "My English friends get jealous of me living in rural China."

In recent years, Wuyuan introduced many measures for the management of the bed and breakfast industry and arranged special funds to support the development of B&B industrial clusters.

The fast construction of railways and roads has also made it easier to access Wuyuan and helped spread its fame far and wide.

The couple's new English-style homestay, Victoria House, named after their eldest daughter, has also been put into operation.

The house is surrounded by mountains and rivers where bamboo rafts sometimes float by. Flowers bloom on a neat front lawn while dragonflies flit about in the tea garden.

"Most of our guests, especially those from overseas, had never heard of Jiangxi province before. However, thanks to Skywells, now more people know of Wuyuan and more about Jiangxi," says Liao. "We are so proud of that."