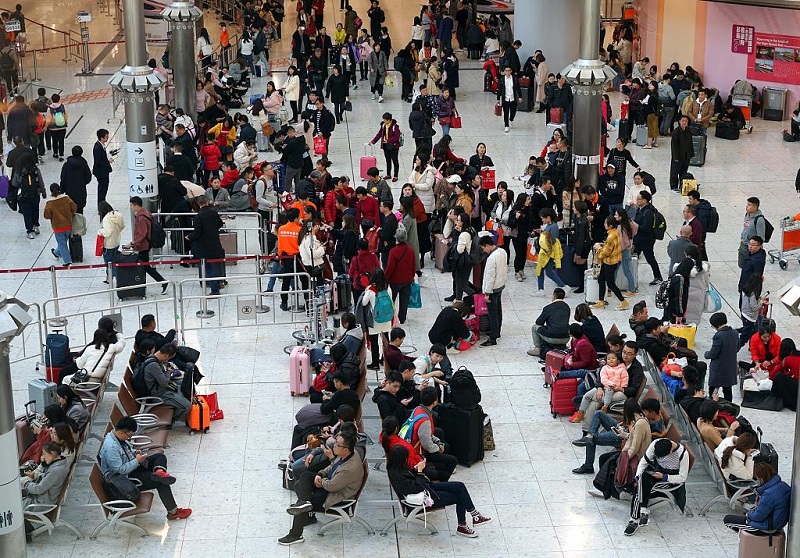 Tammy Cheung, the senior manager of a Hong Kong tourism agency Eco Travel, said Hong Kong in-depth tourism remains a niche market, but it attracts more attention from the mainland as it is easier for tourists to travel from and to Hong Kong via the cross-border express rail link and the bridge.

Apart from Sham Shui Po, Central is another district Hong Kong Tourism Board promotes. In Central, Tai Kwun has become a new trend for tourists. Tai Kwun, a nickname for former Central Police Station, has been turned to a culture attraction after being revitalized.

Tai Kwun was a destination Wu Ruoqi enjoyed. Wu joined a cultural tour to Hong Kong with his classmates from a middle school in Guangzhou. He said he will come to Hong Kong again via the express rail link as it only takes no more than one hour to reach Hong Kong.

According to latest statistics, from January to November last year, visitor arrivals from the mainland witnessed a 14.2 percent increase to reach 46 million compared with the same period in 2017. Hong Kong remains a popular tourist destination for mainland tourists, said Nielsen Hong Kong in its market research and study survey. Ninety percent of a total of 1,106 respondents in this survey said they will visit Hong Kong again in the near future.