TRAVEL Cuba builds up tourism sector despite US sanctions

Cuba builds up tourism sector despite US sanctions 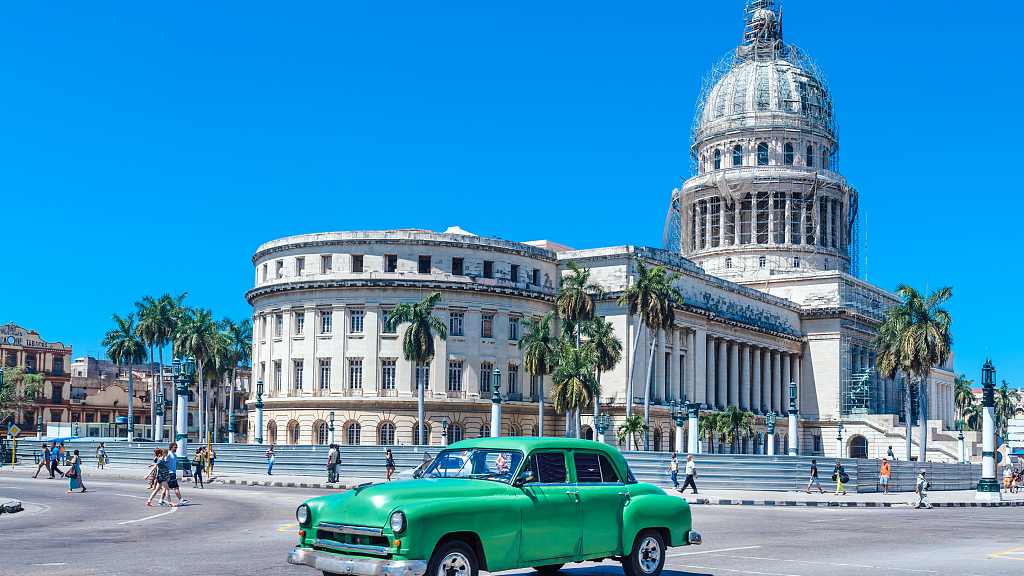 El Capitolio, one of the most visited sites in Havana, Cuba. (Photo: VCG)

Cuba continues to develop its tourism sector despite new White House measures to prevent Americans from spending their dollars in the sunny Caribbean island.

The biggest blow to Cuba – and to Americans keen on visiting the country – came in early June, when Washington banned US cruise ships and recreational vessels from sailing to Cuban ports.

The abrupt decision led to the cancellation of some 800,000 reservations, according to the Cruise Lines International Association, the largest cruise industry trade group in the world.

"After the withdrawal of US cruise companies that visited Cuban ports, we looked for new alternatives," said Jose R. Daniel Alonso, the Tourism Ministry's director of development.

Cuba's tourism industry has long thrived on international visitors from Canada and Europe, whose numbers continue to grow each year.

With these markets in mind, Cuba has made plans to build 8,500 new hotel rooms around the country in the next few years.

Havana will be holding its 500th-anniversary celebrations in November, and in the lead-up, new hotels will be inaugurated, including the Paseo del Prado. Others, such as the Havana Riviera and Tryp Habana Libre, are also being renovated.

Havana has about 12,545 rooms in all, or 17.3 percent of the country's hotel capacity, and is the most visited city on the island nation, hosting almost half of all tourists who visit the country each year.

However, other parts of the country are also seeing tourism growth, especially Matanzas Province and its Varadero beach resort, which is also known as Blue Beach and features 21,841 rooms.

Southern Matanzas is known for its ecotourism, which is best illustrated by an area known as Zapata Swamp, the largest wetland in the Caribbean and a venue of the international nature tourism expo TURNAT 2019 to be held in September.

In south-central Cuba, the cities of Cienfuegos and Trinidad – the latter a UNESCO World Heritage Site since 1988 – will see new hotel openings.

Cuba ended the first quarter of 2019 with a 7.2-percent increase in foreign tourist arrivals, slightly higher than forecast. The nation expects to receive 5.1 million visitors this year.

Tourism is Cuba's second largest source of foreign revenue, bringing in over 3 billion US dollars last year, an increase of 17.6 percent compared with that of 2017.