Travelers will be able to fly directly from Xi'an, capital of northwestern China's Shaanxi province, to Pyongyang starting in late July as Air Koryo plans to open a new direct route to meet the rising demand from Chinese tourists to visit the Democratic People's Republic of Korea. 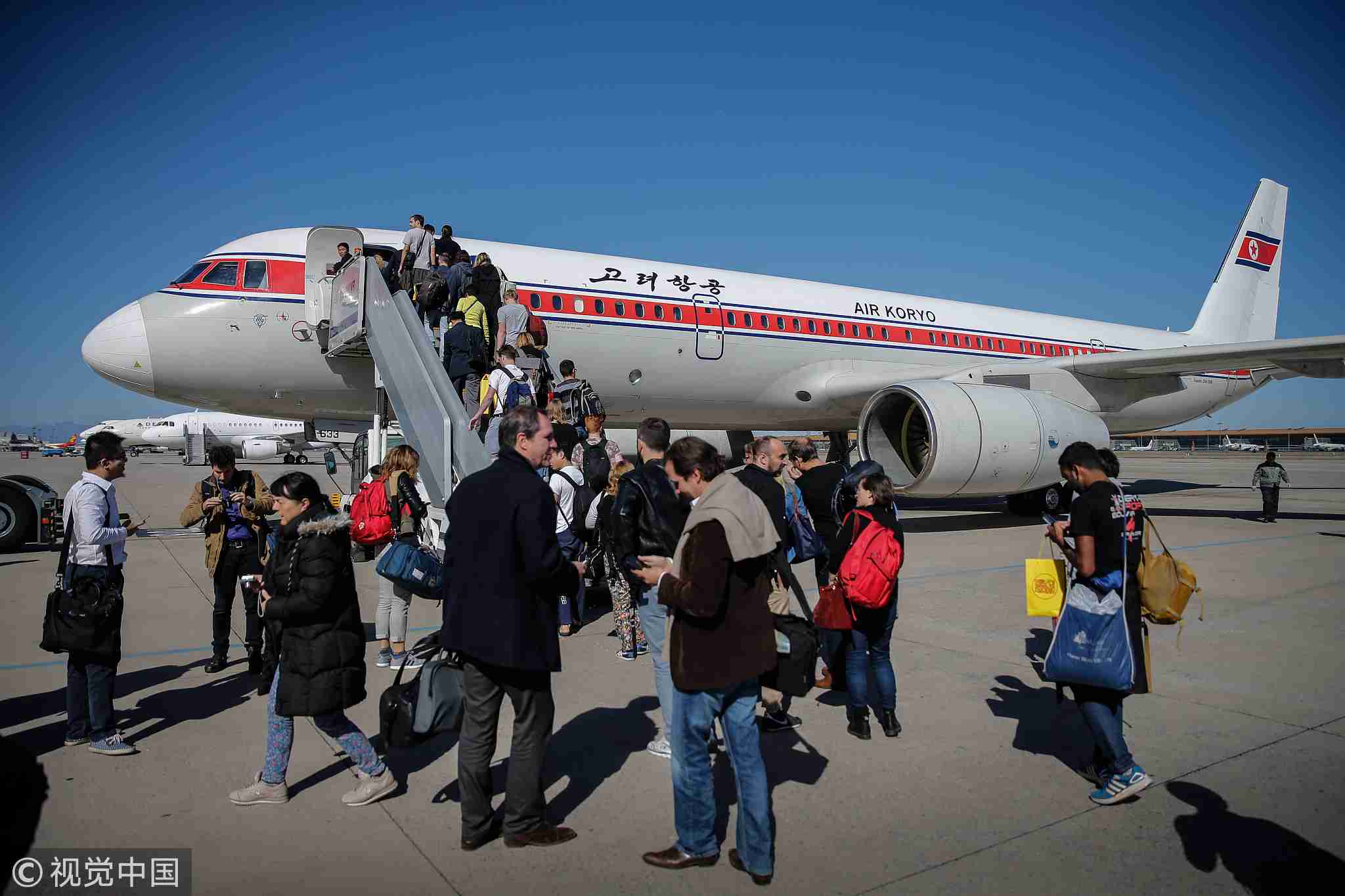 Xi'an becomes the fifth Chinese city with an air link to Pyongyang starting from July, after Beijing, Shanghai, Shenyang and Chengdu. (Photo: VCG)

Xi'an will become the fifth city on the Chinese mainland with direct flights to Pyongyang, following Beijing, Shanghai, Shenyang in northeastern Liaoning Province and Chengdu in southwestern Sichuan Province, according to the Shaanxi Tourism and Development Committee.

"We'll play our role in cooperating with Air Koryo to develop and sell tourism products with the new route. We also welcome promotional activities related to DPRK tourism in our province," said Meng Xiangguo, the committee's deputy director.

Mr. Hu, an employee of a Xi'an travel agency, said the agency has begun studying and designing tourism options for the new route.

"We're optimistic about the route, given that a charter flight between Xi'an and Pyongyang was once popular in 2010," he said. "Many clients and Xi'an residents are curious about the DPRK, as they're interested in watching films and reading books about the Korean Peninsula."

More time will be required to develop the options. "The travel package has to cover where to eat and stay as well as which activities can be held in the DPRK," he said.

Obtaining a visa to the DPRK will take Chinese people five to seven weekdays in general, according to a release from the Shaanxi tourism committee.

Lyu Chao, director of the Border Study Institute at the Liaoning Academy of Social Sciences, said he is optimistic about the new route, attributing it to the thaw in the global situation toward the DPRK.

"The flight between Pyongyang and Xi'an will improve economic and cultural exchanges for both countries," he said. Although Xi'an residents will need to be in a tour group to visit Pyongyang, "more tourism activities, including self-guided travel, I believe, will come about step by step with further opening-up of the DPRK," he added.