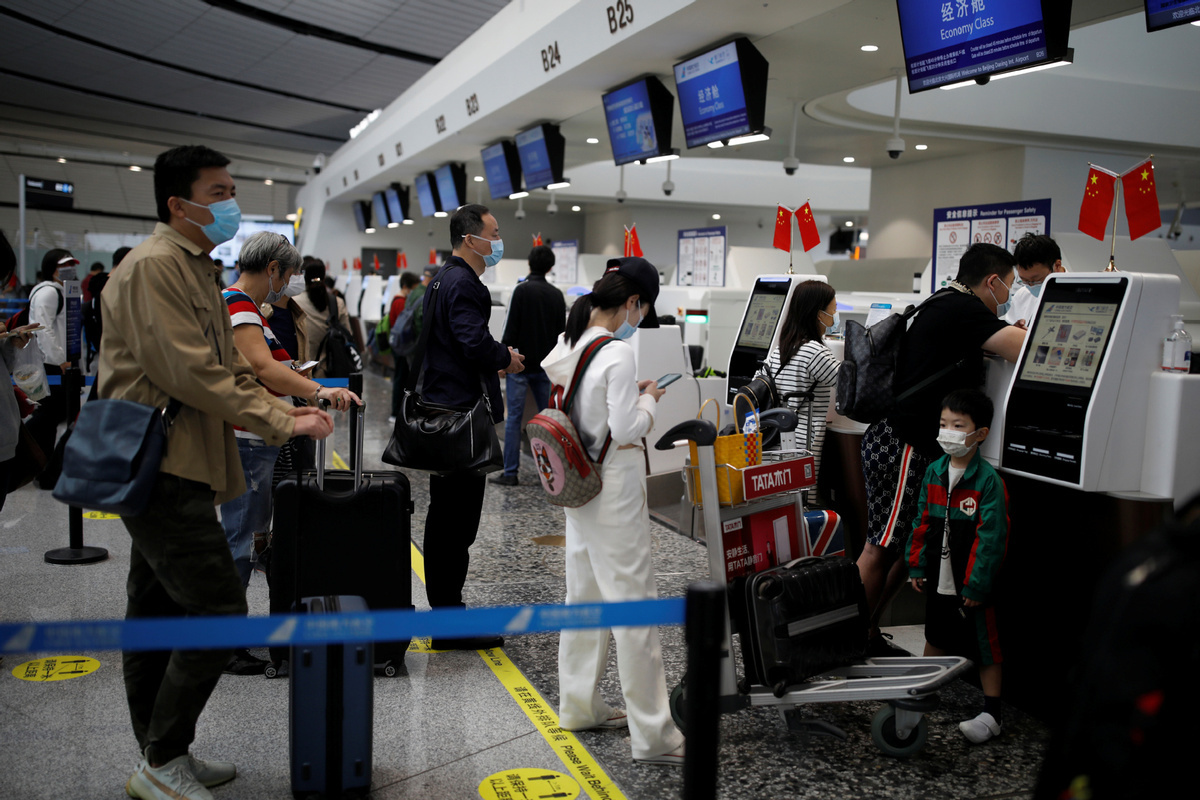 Passengers wearing face masks line up to check in at the Beijing Daxing International Airport ahead of Chinese National Day holiday, in Beijing, on Sept 25, 2020. (Photo: Agencies)

A total of 13.26 million airline passenger trips were made during the eight-day holiday, equal to 91 percent of last year's air travel over the period, the Civil Aviation Administration of China said.

"Because of the effective control of the COVID-19 epidemic in the country, people have demonstrated a markedly stronger desire to travel during the holiday," the CAAC said.

"Bookings and the passenger load factor for flights in and out of popular cities in China for tourists have neared or reached last year's level, signaling a strong recovery in terms of demand for domestic tourist destinations."

On Sept 30, the day before the holiday began, over 1.7 million airline passenger trips were made — the highest for a single day since the COVID-19 outbreak at the start of the year.

Airports in Shanghai, Beijing, Chongqing, Chengdu in Sichuan province, Xi'an in Shaanxi province and Guangzhou and Shenzhen in Guangdong province were among the busiest during the holiday.

The overall passenger load factor, especially in Lhasa in the Tibet autonomous region, Tianjin, and cities in Zhejiang and Guangdong provinces, also increased during the holiday and averaged about 78 percent, the administration added.

Due to a boost in domestic travel and restrictions on international trips caused by the global pandemic, the CAAC said it had focused on managing domestic flights over the holiday. Over 12,000 domestic flights were added from Sept 30 to Oct 9 to meet the requirements of travelers while ensuring safe and smooth air travel.