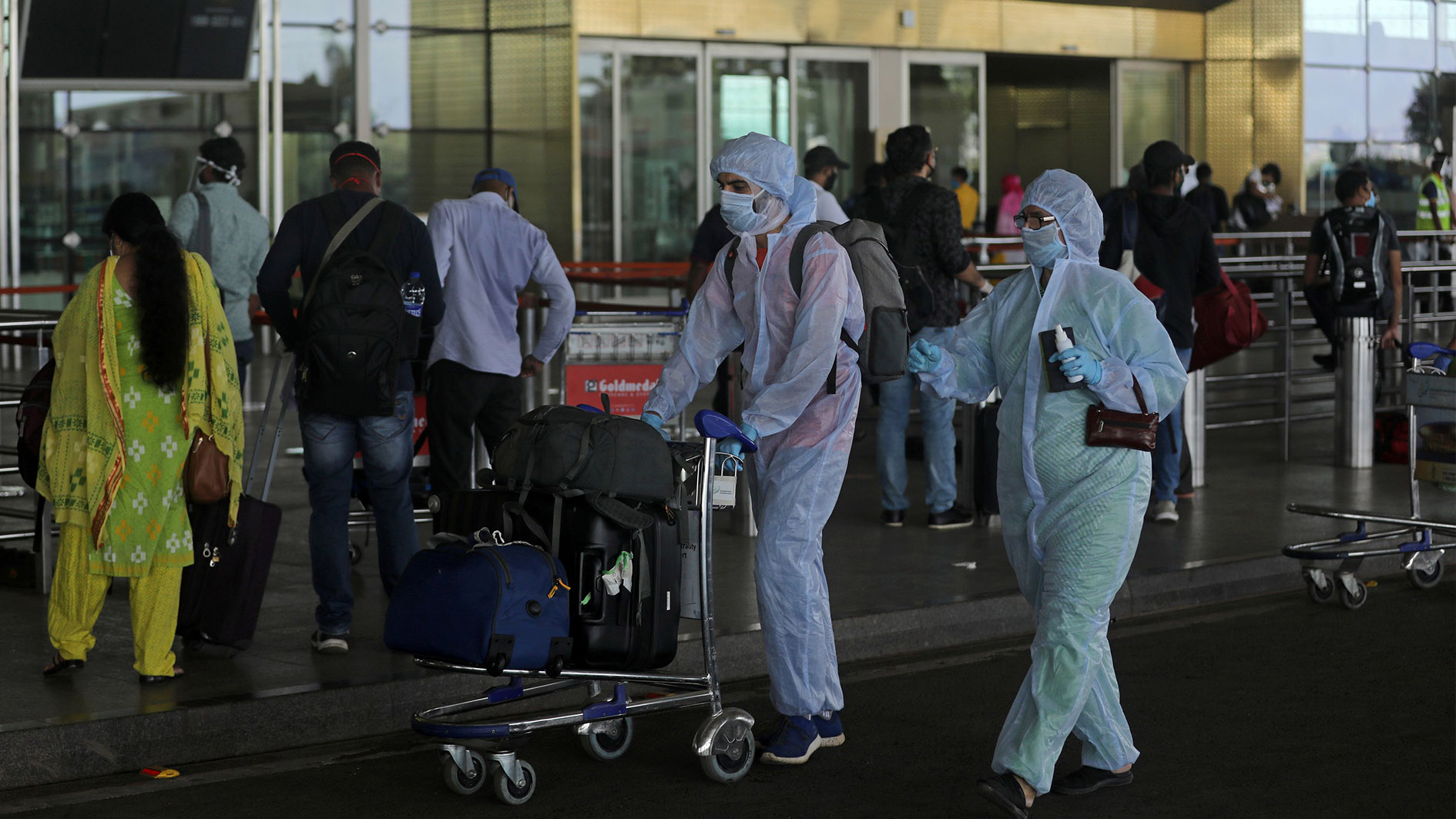 Domestic flights resumed in India on Monday, two months after a countrywide lockdown was imposed on March 25, announced the country's Civil Aviation Minister Hardeep Singh Puri through a tweet.

Flights resumed taking off and landing in all Indian states except the southern state of Andhra Pradesh and eastern state of West Bengal where they will operate from Tuesday.

Passengers were seen queuing up in front of the airports across the country while maintaining social distancing, even as a large number of flights were inexplicably cancelled.

The airlines were allowed to operate one-third of their capacity. Minimum and maximum limits of fares on all flight routes have been fixed and it has also been decided to sell 40 percent of tickets below the mid-point of minimum and maximum prices.

Meanwhile, the total number of COVID-19 cases reached 138,845 and the total deaths stood at 4,021 on Monday as the country reported its highest one-day spike of 6,977 cases, according to data released by the federal health ministry.