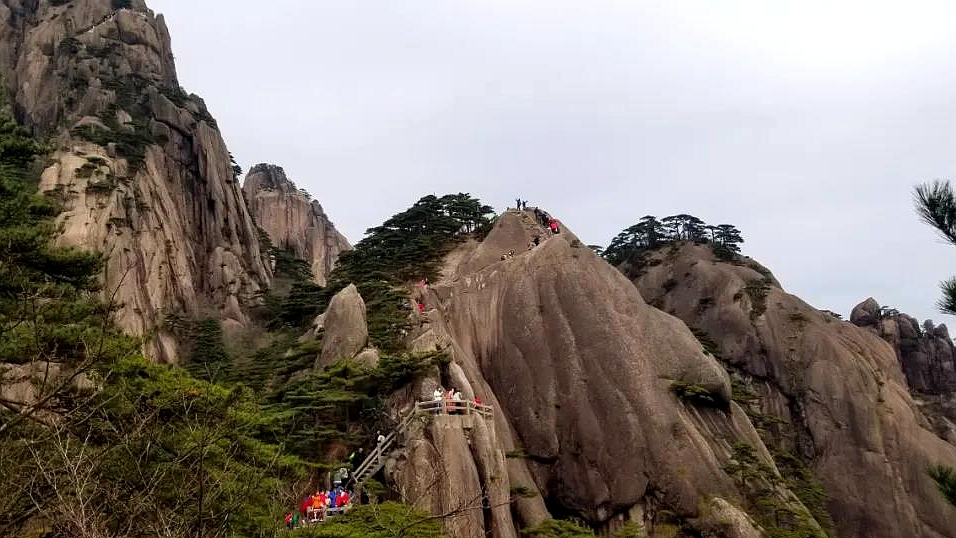 Mount Huangshan, a well-known tourist attraction in east China's Anhui Province, was probably one of the most-searched keywords on China's internet on Sunday. A video showing a massive number of people lining up at the scenic area quickly became a viral sensation among Chinese netizens.

Sunday marked the second day of the Qingming Festival holiday, also known as Tomb-Sweeping Day – the first public holiday after China managed to flatten the curve of the COVID-19 infections. In addition, since April 1, residents of Anhui Province have been offered free entry to 31 scenic spots in the city of Huangshan for two weeks, including Mt. Huangshan.

The tourism promotion event and the public holiday proved to have sparked local people's enthusiasm for some outing.

Mt. Huangshan scenic area issued six notices in a single day on its official website regarding the influx of tourists. First at around 6:30 a.m., it said the parking lot at the south gate was nearing full capacity. It was followed by a second notice an hour later, saying it had to stop receiving tourists as the number of people entering the site had reached its daily limit of 20,000. At around 10:30 a.m., it once again urged those wishing to visit the site that day to adjust their travel plans.