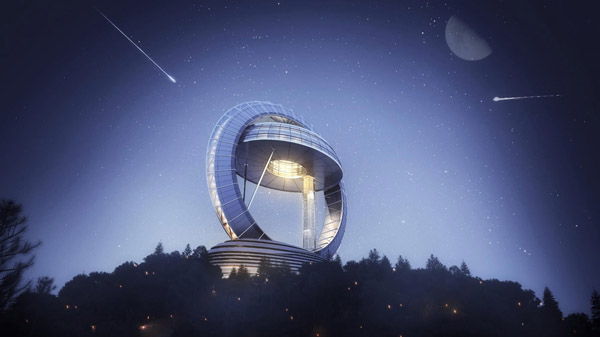 A town in eastern China announced plans on Saturday to turn itself into the world's best astronomy-themed tourist site, as the local government signed a deal with global organizations for cooperation.

Xuyi county, located in Jiangsu province, is currently famous in China for its crayfish. But it has decided to think bigger.

The local government has begun cooperating with the International Planetarium Society (IPS), the "largest and most authoritative organization of planetarium professionals in the world," as its introduction claims.

According to pictures provided by the site planners, this "Xuyi IPS Starry Town" will have a 70-meter ring-shaped complex building called "The Sky Eye", and a tourist area with traditional Chinese architecture.

"Humans all share the sky, yet it is becoming more challenging to see it given many city lights," said Shawn Laatsch, president of IPS. 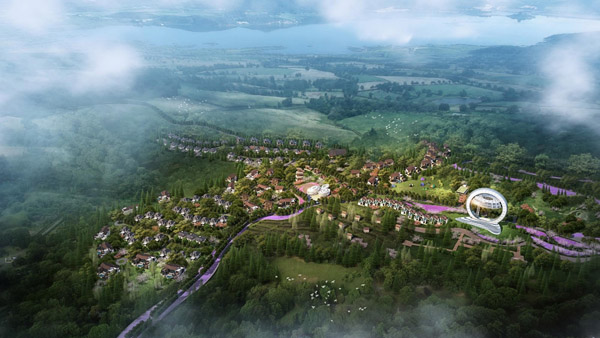 "The IPS views this project as an exciting development for the astronomy education and outreach community."

The construction of the town is planned to start later this year, and finish by 2020.

During the signing ceremony, the planners stated that the Xuyi Starry Town will become the best tourist site for global astronomy fans.

The initial investment is two billion yuan (more than 310 million US dollars), which will be used to build a site that can provide astronomy tours and education for 2.5 million tourists every year.

Eight-thousand jobs will be created from the project and the whole town is expected to start making a profit three years after opening. 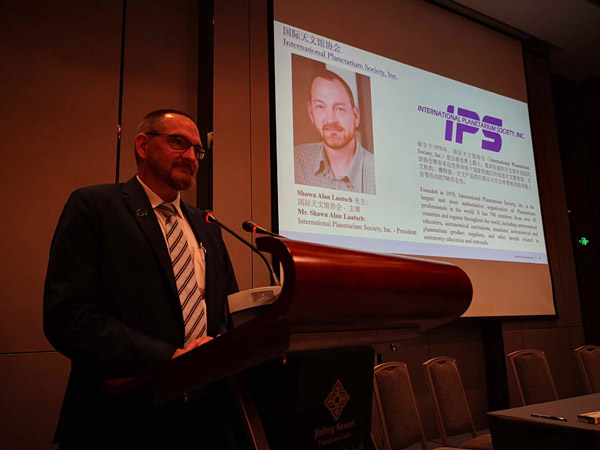