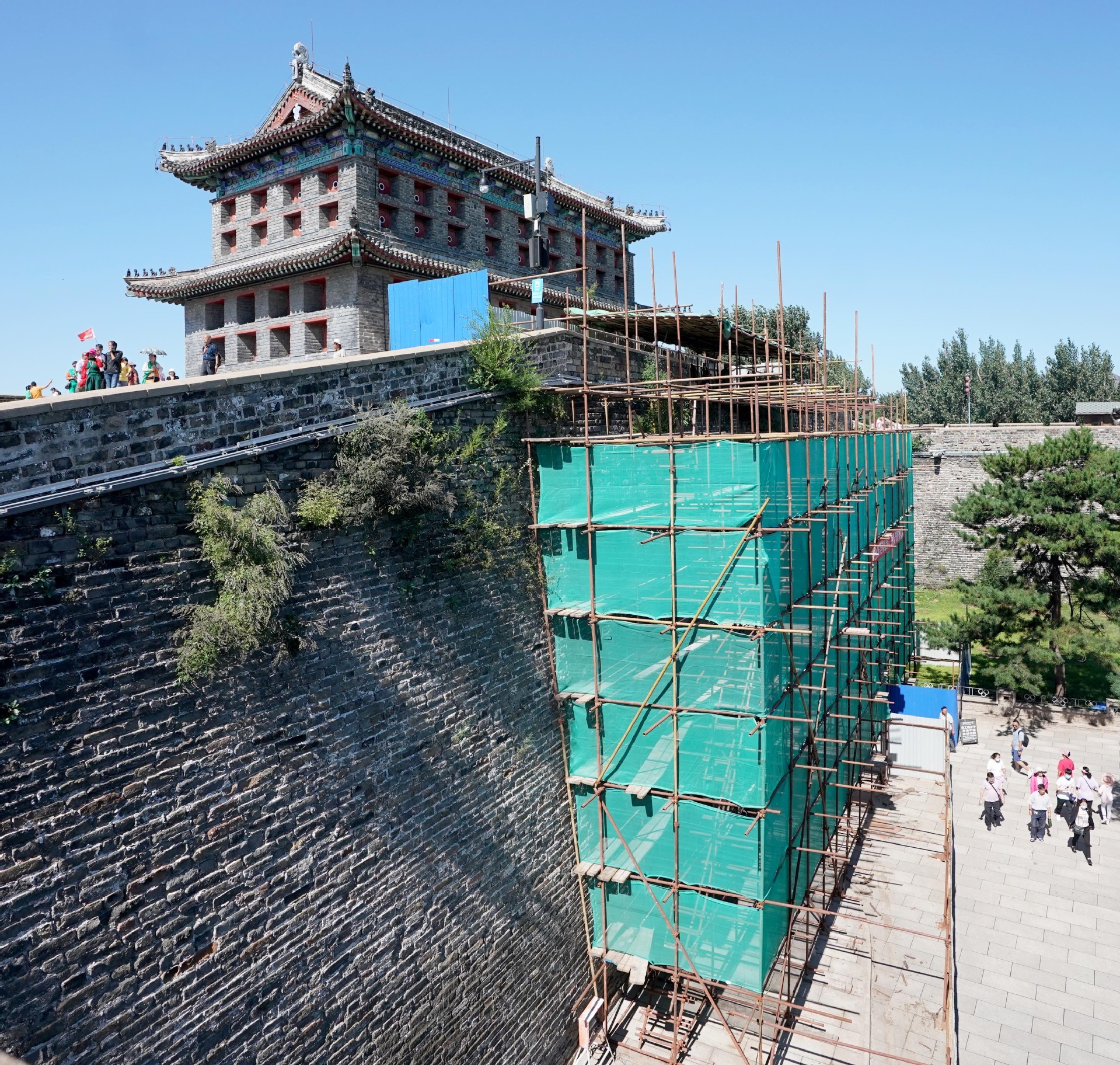 The repair of the walls of Zhendong Gate is expected to be finished by the end of September.[Photo/Xinhua]

A fortress marking the eastern end of the Great Wall of China is undergoing reinforcements to ensure its structural integrity, according to a district-level tourism and culture department in North China's Hebei province.

The repair of the walls of Zhendong Gate is expected to be finished by the end of September, according to the department in Shanhaiguan district of Qinhuangdao City.

The watchtower of the Shanhaiguan Pass standing on the shore of the Bohai Sea was built in the Ming Dynasty (1368-1644). It marks the eastern end of the Great Wall which stretches for 6,000 km westward to Jiayuguan Pass in northwest China's Gansu Province.

"We should integrate daily monitoring, inspection and evaluation into the protection of the Great Wall and timely eliminate safety risks while protecting the relics," Liu said.

The Great Wall is a UNESCO World Heritage site, consisting of many interconnected walls. It traverses several provincial-level regions and cities in China.