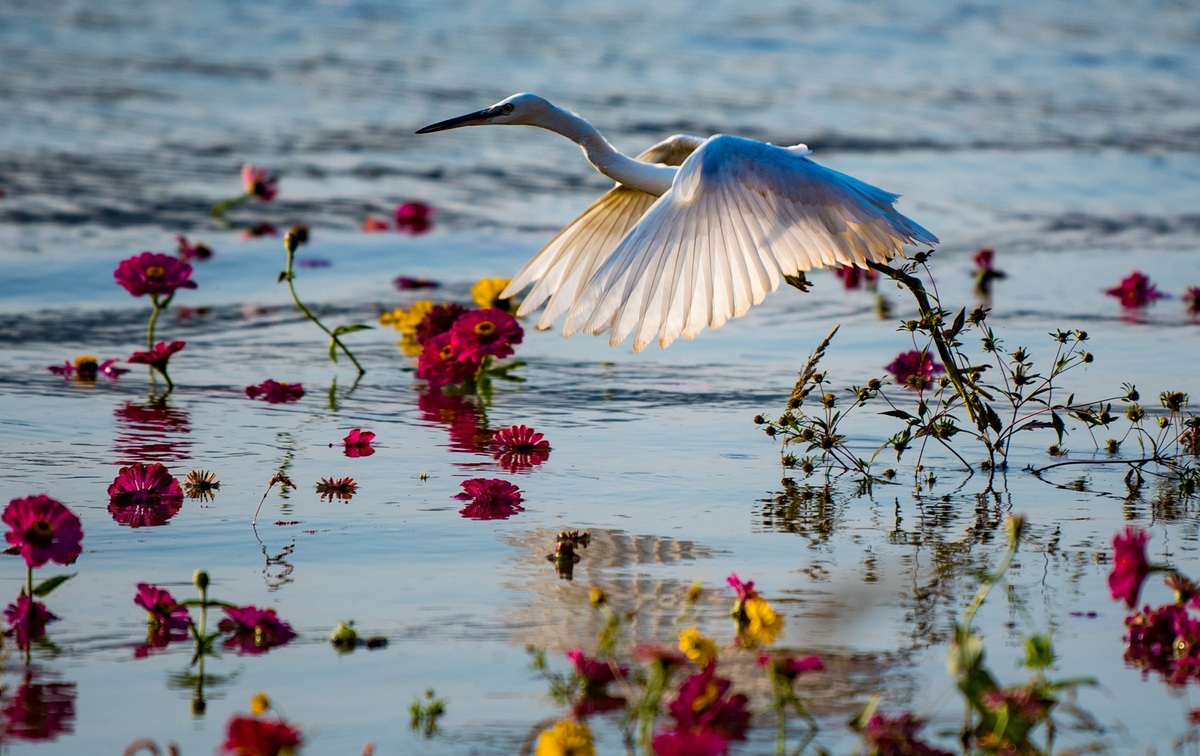 A large flock of egrets was seen gathering in a sea of flowers, skimming the water and chasing one another. The beautiful and harmonious natural scene has attracted many tourists and photographers.

Egrets — sometimes referred to as "monitors" of air and water quality — are said to be especially sensitive to their environment.

In recently years, remarkable ecological transformation of the city's river banks has been achieved by the local government. The park has become one of the favored habitats in southwestern China for a growing number of migratory birds.