Eiffel Tower reopens Sunday morning after being closed for 2 days 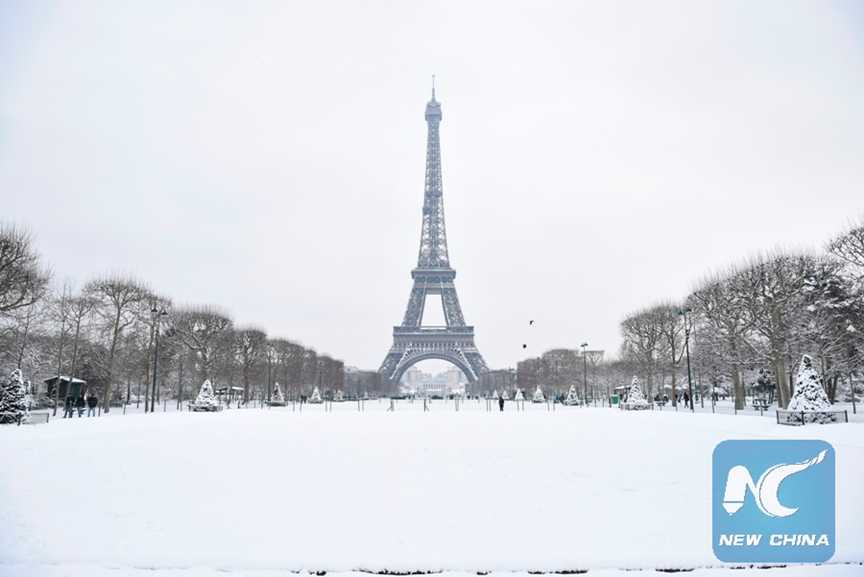 France's "Iron Lady", the Eiffel Tower, is scheduled to reopen at 9:30 a.m. local time on Sunday, according to the operating company of the monument, SETE.

It had been closed to visitors on Friday and Saturday, "in order to ensure the safety of visitors", as snowfall and freezing rain hit the capital city, SETE announced on Friday.

"The large amount of snow covering the Eiffel Tower combined with very low temperatures have led to black ice forming, thus making it impossible to use the platforms and staircases," said the company in a statement, adding that the temporary closure would allow France's iconic monument to be completely cleared of snow and black ice.

Due to heavy snowfall, the Iron Lady was also closed to visitors on Tuesday.

According to SETE, the nature of the tower makes the process of clearing the snow away relatively complex, because it is impossible to envisage gritting the platforms as this is corrosive for metal, and it is not authorized as it could also damage the lift mechanisms.

Instead, shovels are used to clear away the deeper layers of snow, and an anti-frost treatment is carried out by applying calcium chloride and heating the platforms, the statement said.