The fast development has sent nature into full retreat in some parts of China, but in one village the countryside has crept back to reclaim lost ground. 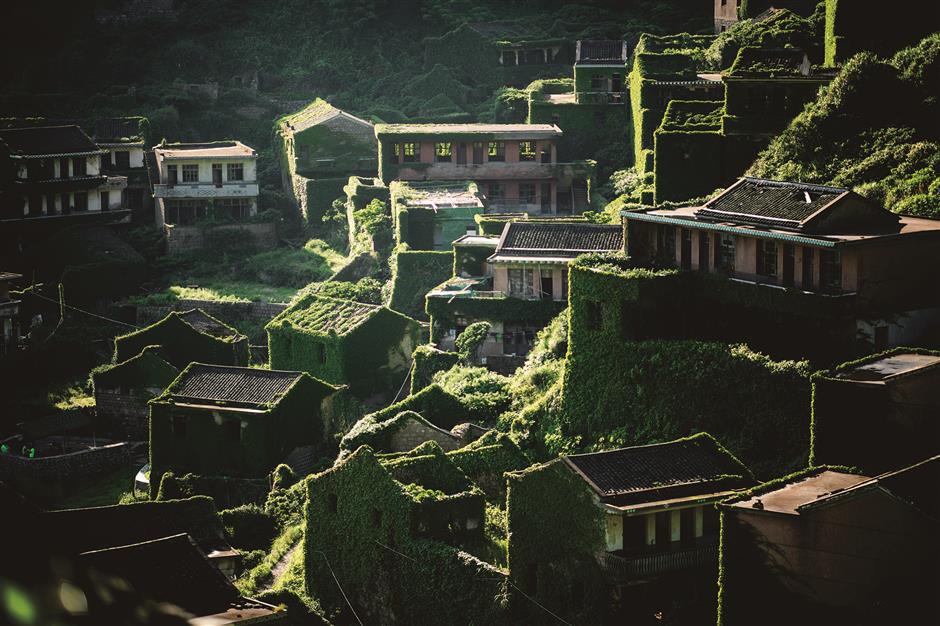 Houtouwan was once a thriving fishing community of sturdy brick homes clinging to the steep hills of Shengshan Island in Zhejiang Province.

But it’s now abandoned, with entire houses completely overgrown as if shrink-wrapped in a lush layer of green.

The only thing disturbing the bush’s re-conquest of the village are the crowds of tourists drawn to the remote site 140 kilometers from Shanghai by its fairy tale setting and East China Sea vistas. 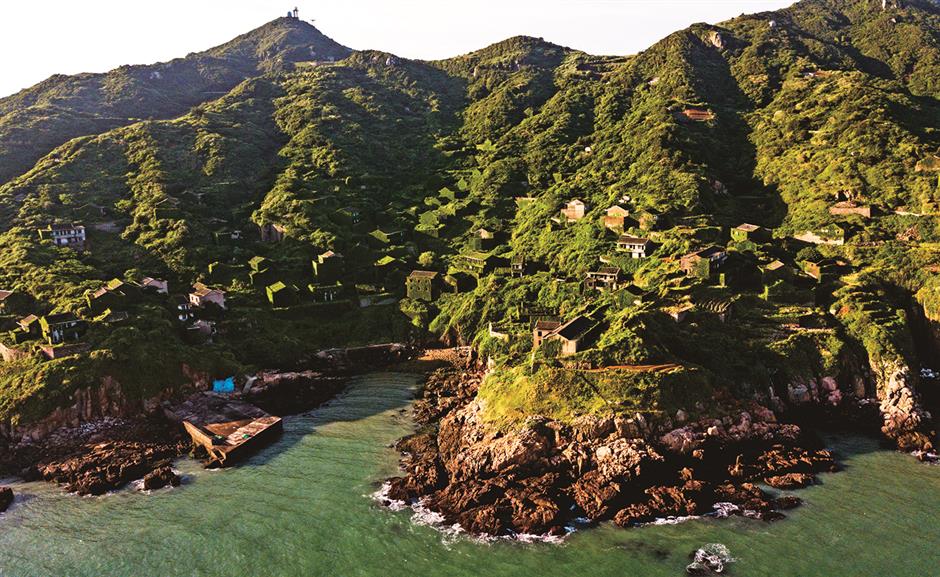 Houtouwan was established in 1950 and prospered over the decades on the sea’s riches.

But its tiny harbor eventually proved too small for the larger vessels needed to sustain fishing, and the ships were diverted to nearby ports instead.

The big seas that lash the coast at certain times of the year often made it too dangerous to land small craft, meaning the only connection to other communities on Shengshan was a strenuous trek up a steep, winding path.

“Giving birth, children going to school, when old people got sick — all we had was that small path,” said a woman surnamed Wang.

“It took too much effort.”

The former resident, now in her forties, only returns to earn extra money as a safety officer, keeping an eye on the tourists.

“It was a lot of fun when we were young, going down to the beach to collect seafood,” she said.

But by the mid-1990s the village, which once had as many as 3,000 residents, was largely abandoned in favor of a neighboring town on the island.

“Once people had more money, they all moved out one after another up into the town. That how it was,” Wang said. 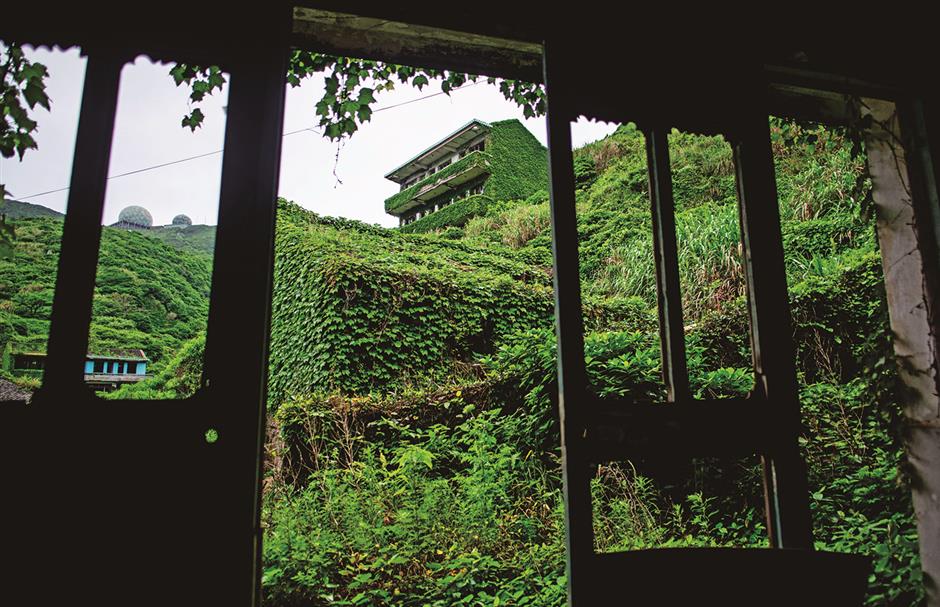 In recent years, selfie-snapping day-trippers could roam freely through Houtouwan.

Since last year local authorities have charged 50 yuan (US$7.80) for entry, while confining tourists to a single circular walking loop through a village frozen in time. 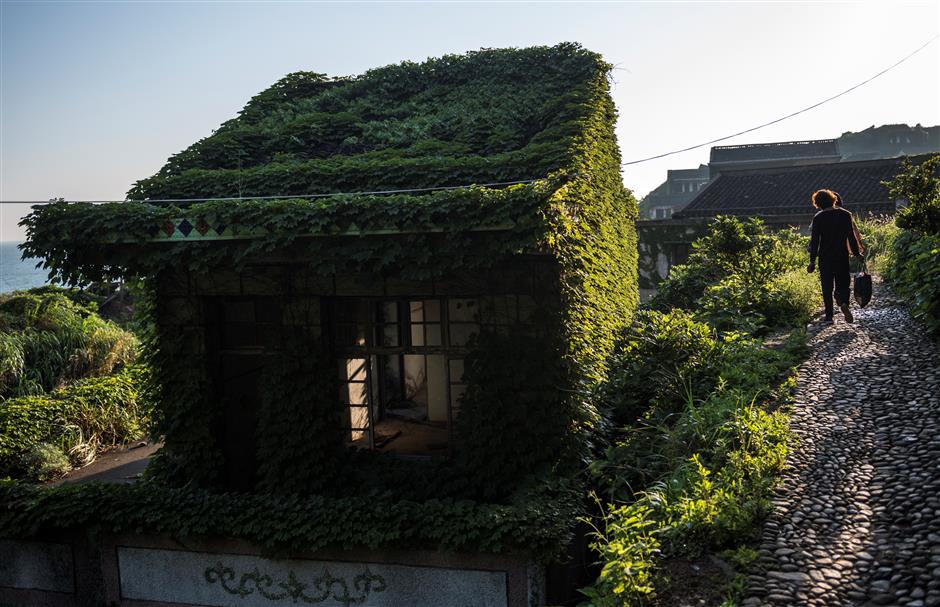 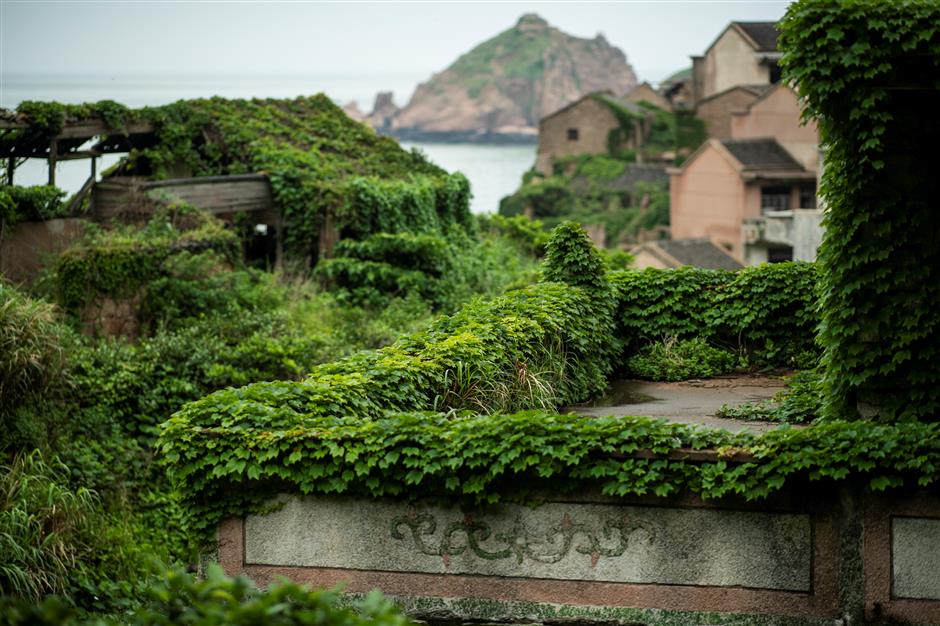 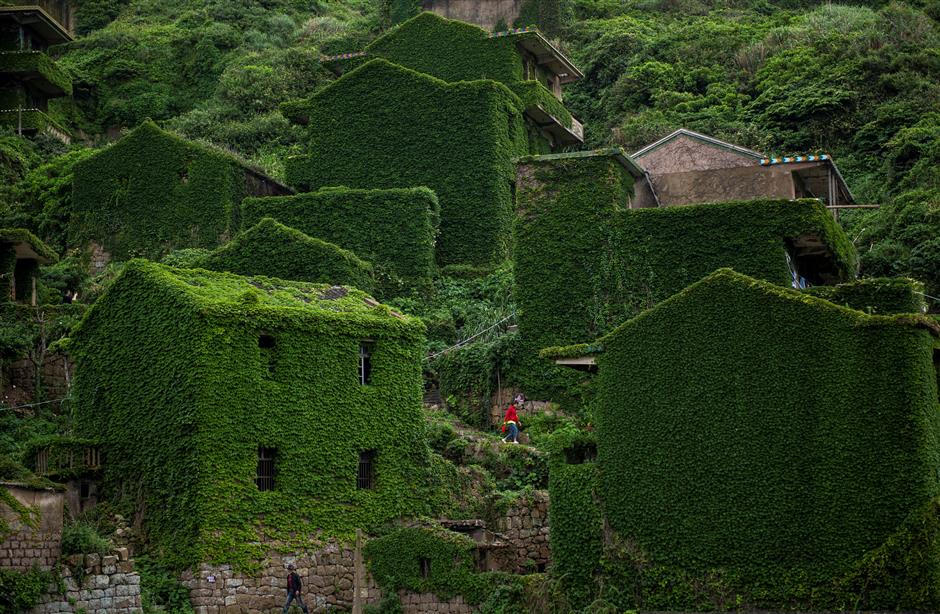 A villager walks between abandoned houses in Houtouwan. 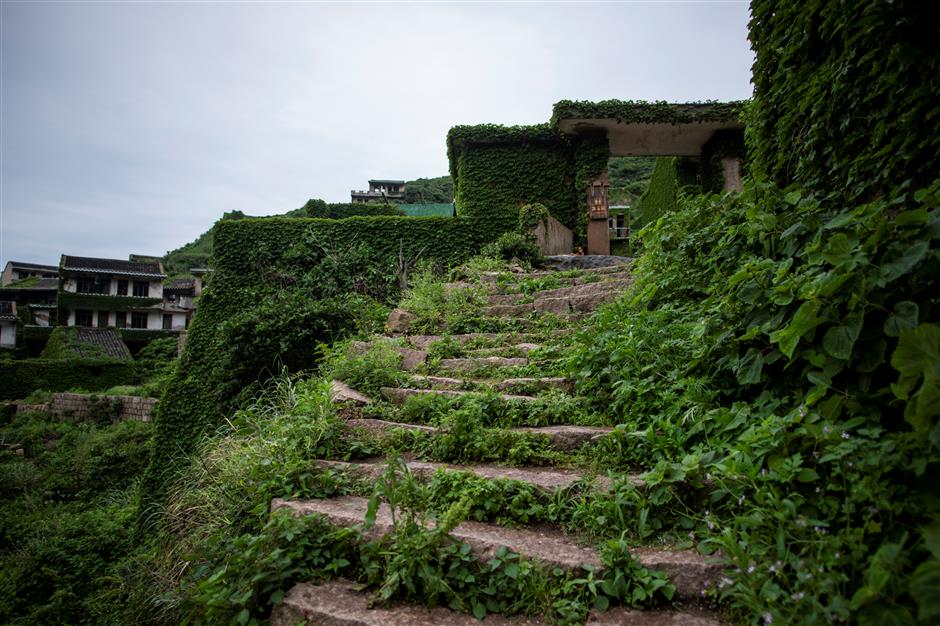 A footpath overgrown with vegetation 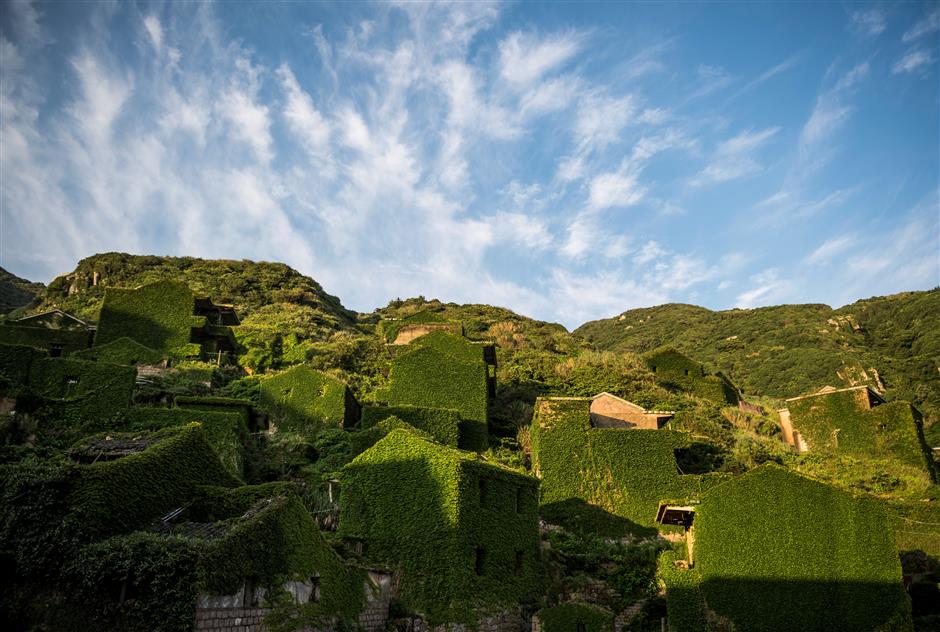