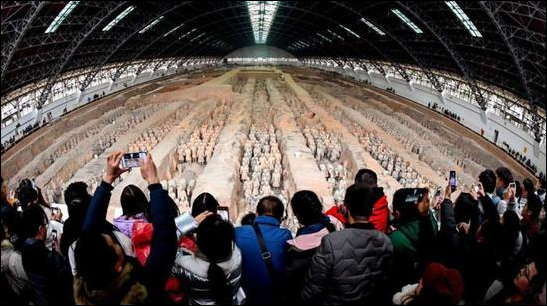 In 2019, the museum adopted effective measures including limiting daily entry, to provide visitors a positive environment.

It is known as one of the largest archaeological reserves in the world, with the largest scale, most complex construction and most buried relics in ancient China.

The terracotta warrior collection is one of the greatest archaeological finds of the 20th century.