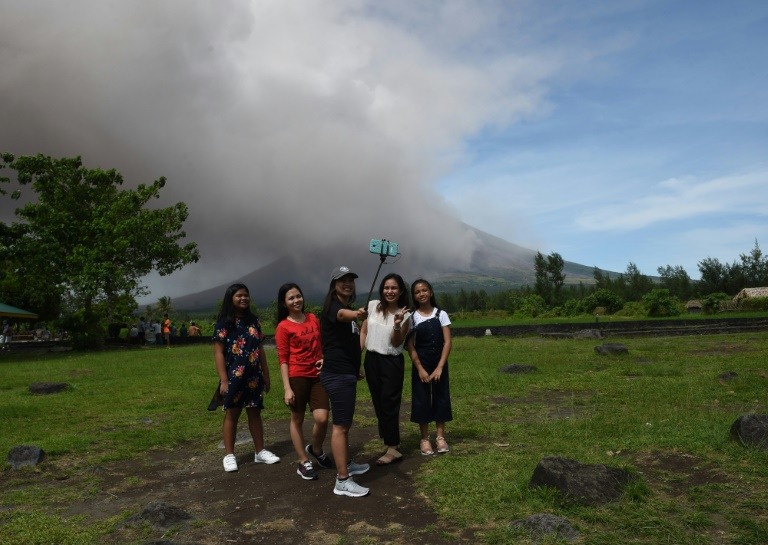 With chili-flavoured "lava ice cream" in demand and awestruck tourists packing onto viewing decks, the erupting Mayon volcano is sparking a local business boom in an impoverished region of the Philippines where tens of thousands of others have fled for their lives.

Albay province has built its image around the picture-perfect, cone-shaped Mayon volcano whose periodic activity offers both boundless opportunity as well as enduring misery.

Since Mayon began shooting out lava two weeks ago, restaurants and hotels just outside a nine-kilometre (5.6-mile) "danger zone" -- some complete with volcano branding -- have enjoyed an off-season tourism bonanza.

"We are thankful because we have many guests but it also makes me guilty because so many people are affected," Purita Araojo, front desk officer at Vista Al Mayon Pensionne, told AFP. 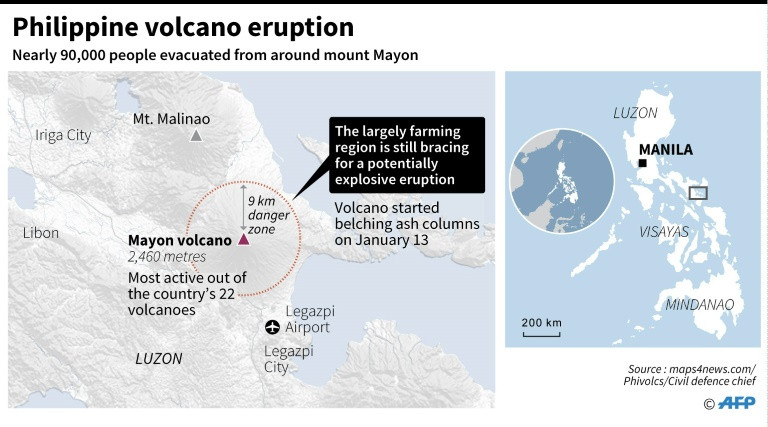 Nearly 90,000 people living around the volcano have fled to overcrowded relief camps where authorities have warned of a worsening sanitation crisis.

The largely farming region is still bracing for a potentially explosive eruption, though experts are convinced everyone is now out of reach of the 2,460-metre (8,070-foot) Mayon's threat.

With its 52nd eruption in about 400 years, Mayon is the most active of 22 volcanoes in the Philippines, a country which is itself part of the Pacific "Ring of Fire" of islands formed by volcanic activity.

But its rumblings are also a spark of inspiration for tourism-oriented businesses, which have fashioned spicy menus while prominently displaying volcano photos and logos.

A bestseller at a local restaurant is the "Mayon Hot Lava" -- Mayon-shaped ice cream scoops topped with bits of chili and spicy syrup. 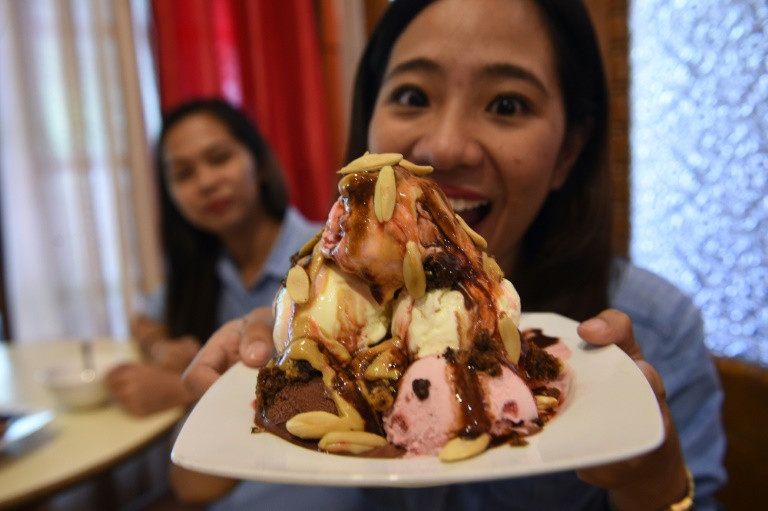 High-end hotels provide live TV streaming of Mayon's eruption, while out-of-town journalists and tourists are also corralled into "volcano-view" rooms with windows looking out onto the slowly unfolding disaster.

Albay saw a 10-percent growth in tourist arrivals this month from a year earlier, the local tourism office said, as travel agencies and tour guide services cashed in on what is normally a slow period after Christmas.

The forlorn top of the old church belfry of Cagsawa town -- jutting out of the grass more than two centuries after Mayon buried 1,200 of its residents alive in a catastrophic 1814 eruption -- is the most popular draw.

Family and friends pose for wacky shots beside it, many making it appear as if they are leaning on the smouldering volcano in the background, or cupping its red-hot crater. 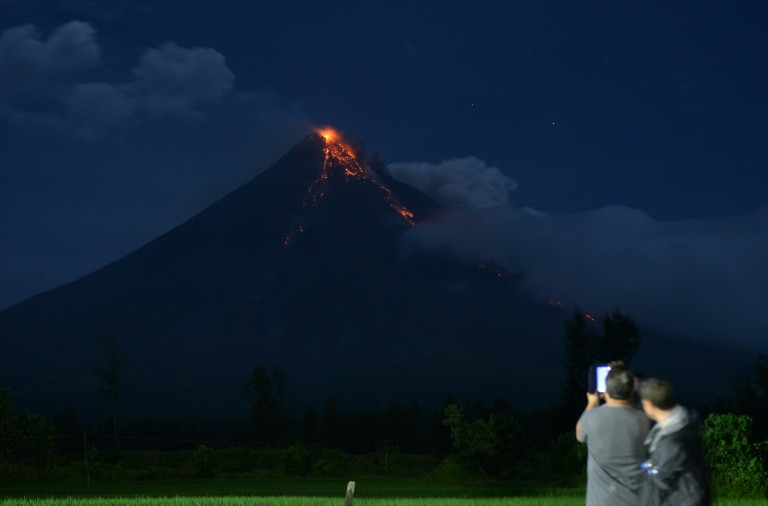 At times however low-lying rain clouds spoil the photography, forcing tourist guides to turn to story-telling.

"We tell them the epic where the cloud is believed to be the suitor of Mount Mayon, which we call the beautiful lady," park aide Hohanna Loterina told AFP.

"When the cloud covers her, he does not want to show her to others and it's an expression of love."

But beyond the hospitality industry, the volcano has brought misery to the poor, many of them farmers on its lower slopes. 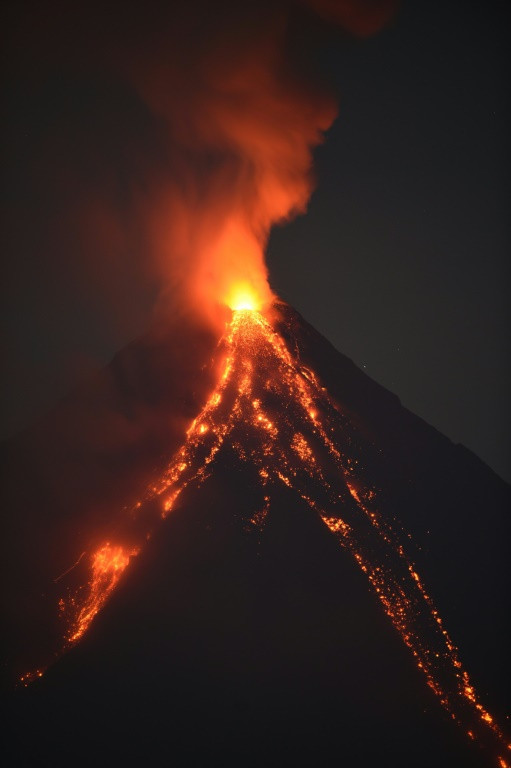 Volcanic ash has destroyed many crops, pushing up vegetable prices and causing roadside eatery proprietor Janet Octavo to miss out on the boom.

"I wish that the eruption stops," she told AFP.

"It's such a shame because I can no longer use this. I would have to buy new seeds," the 72-year-old told AFP.

Venice Mar lost 30,000 pesos ($580) worth of bitter gourd but was philosophical, saying disasters yield both winners and losers.

"We get frustrated but we just take it as it is. We are used to it because business is like a gamble," he added.