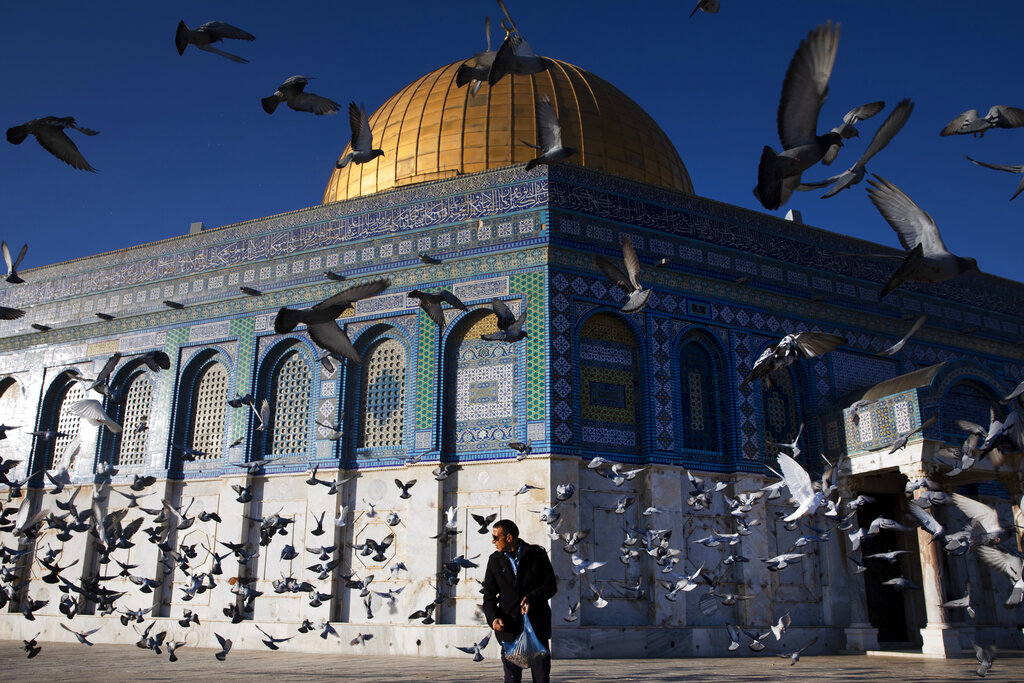 A man feeds pigeons near the Dome of the Rock Mosque in the Al Aqsa Mosque compound in Jerusalem's Old City, Sunday, April. 11, 2021. (Photo: AP Photo)

Israel has been added to an EU safe list for countries that can freely travel to Europe for tourism, a statement said on Thursday.

The European Union has imposed a blanket ban on non-essential travel during the pandemic, though with exceptions for a few individual countries, including Australia, South Korea and Thailand.

Israel has since late December undertaken the most rapid per capita vaccination campaign in the world.

As of mid-April, nearly five million people had received two doses of the Pfizer/BioNTech jab in Israel, more than 70 percent of the population, the threshold commonly seen for herd immunity.

Other exceptions to the EU travel ban include Rwanda and Singapore.

Britain has not yet been added to the list by EU member states. Its vaccination drive has seen 65 percent of adults receive a first jab of the vaccine.