The curtain went up on the 2018 Shaolin Martial Arts Gathering in the city of Dengfeng, central China’s Henan Province, on July 7.

Monks perform at the opening of the 2018 Shaolin Martial Arts Gathering, which runs through the end of August. (Photos: Xinhua)

Known worldwide as the cradle of Chinese kung fu, the Shaolin Temple is seen as the root of most Asian martial arts. Be it karate, taekwondo or judo, they all originated in ancient China as fighting techniques. 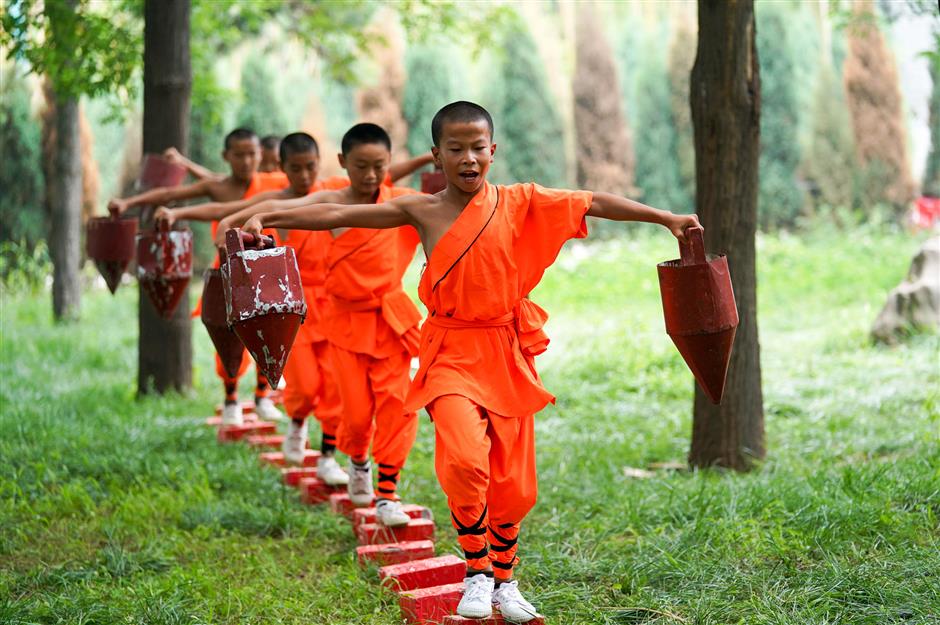 Junior monks, with their arms stretched out at soulder height, carry buckets of water in each hand up and down hills and over streams to build their strength, balance and stamina.

The temple was founded in AD 495 by Indian monk Buddhabhadra. Bodhidharma, the 28th patriarch of Buddhism, established Zen Buddhism in the temple, which developed as a distinguished school during the Tang (AD 618-907) and Song (960-1279) dynasties.

In the Ming Dynasty (1368-1644), eight princes were said to have become Shaolin monks. Imperial sanctions ensured the growth of Shaolin’s reputation as a martial arts center.

Shaolin’s warrior monks were even recruited by the Ming military to help fight the Wokou pirates in the four major battles in southeast China, of which they won three.

Since then, Shaolin has become a legend in Chinese history. Many people know about it primarily from kung fu novels or the 1970s American TV series “Kung Fu.” 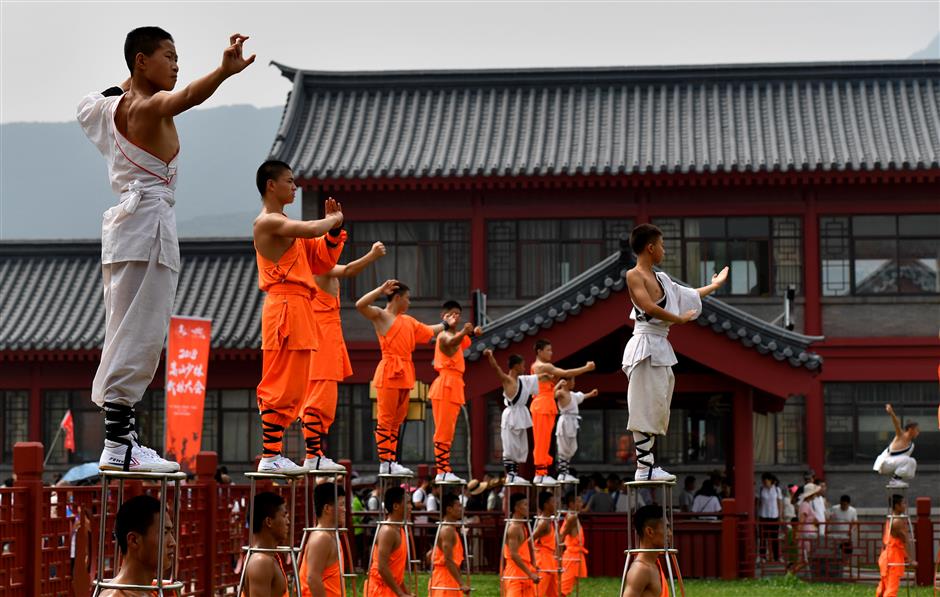 During the two-month gathering, there will be a display of traditional Shaolin weapons, including the monk’s spade, Dharma sword, three-section staff and chain whip. 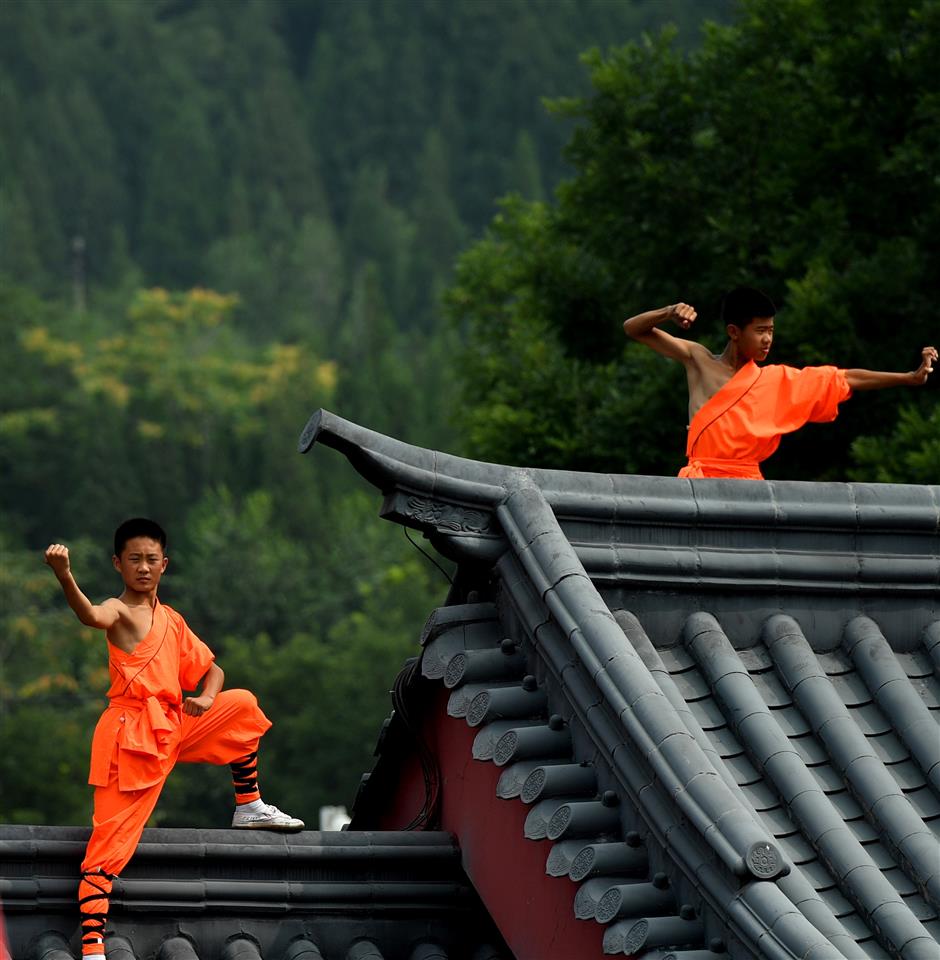 Also expect junior monks who will carry buckets of water in each hand with their arms stretched out, shoulder height, up and down hills and over streams to build their strength, balance and stamina.