TRAVEL Explaining the fight over US 'net neutrality' regulations

Explaining the fight over US 'net neutrality' regulations 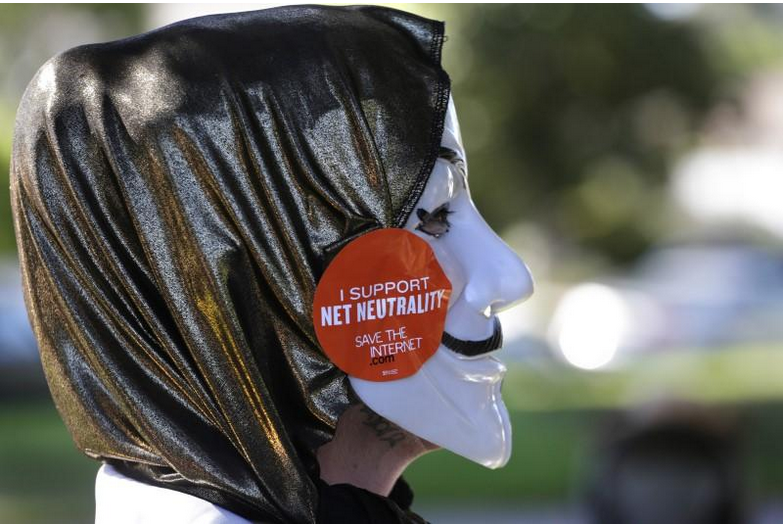 Here are some questions and answers about net neutrality and the FCC’s plans.

What is in the proposal and what happens next?

The FCC, an independent U.S. government agency that regulates interstate and international communications by radio, TV, wire, satellite and cable, has three Republican commissioners including Pai and two Democrats and is all but certain to approve Pai’s proposal. That would undo regulations put in place in 2015 at Democrat Obama’s urging that treat ISPs like public utilities to guarantee the open nature of the internet. It would also roll back the FCC’s significant oversight over the providers and their conduct.

Pai’s proposal would require ISPs to disclose if they allow content blocking, slowing though so-called throttling, or paid prioritization in which a third-party owner pays an ISP to have their content move more quickly. It would also eliminate the internet conduct standard that gives the FCC broad discretion to bar ISP practices it deems improper.

The new rules could into effect as early as January, although a court challenge is expected.

What does this mean for consumers?

Consumers could see changes, but any shift would likely take a long time. A major concern raised by consumer advocates is that ISPs could block or slow traffic to websites or services of their choosing, playing an outsized role in what users can and cannot access. Providers could also give preferential treatment to their own content or websites that pay extra fees, consumer advocates said.

The nonprofit Consumers Union said a repeal could lead to higher consumer prices for existing internet access and speeds. The telecommunications industry trade group USTelecom, which represents some leading ISPs, disputed that idea and said broadband prices in the United States had been trending downward before the Obama-era rules, and repealing the regulations would allow that to continue.

What businesses support the repeal?

USTelecom said Pai’s move would boost broadband network investment, expansion and upgrades. It said the 2015 rules applied utility-style regulations designed for the 1930s telephone system to ISPs but no other internet companies. It said repealing the rules would strengthen consumer protections by giving authority regarding the internet to a single U.S. regulator, the Federal Trade Commission.

What businesses oppose the repeal?

The group said the 2015 rules protect a “virtuous circle” of innovation that helps the broader U.S. economy as businesses turn to cloud-based technology. It added that Pai’s plan would subject startups to discrimination from ISP-owned or preferred content.

The group said paid prioritization would cause a “cable-ization” of the internet in which businesses that provide content, application or services would have to negotiate carriage deals on ISP networks.