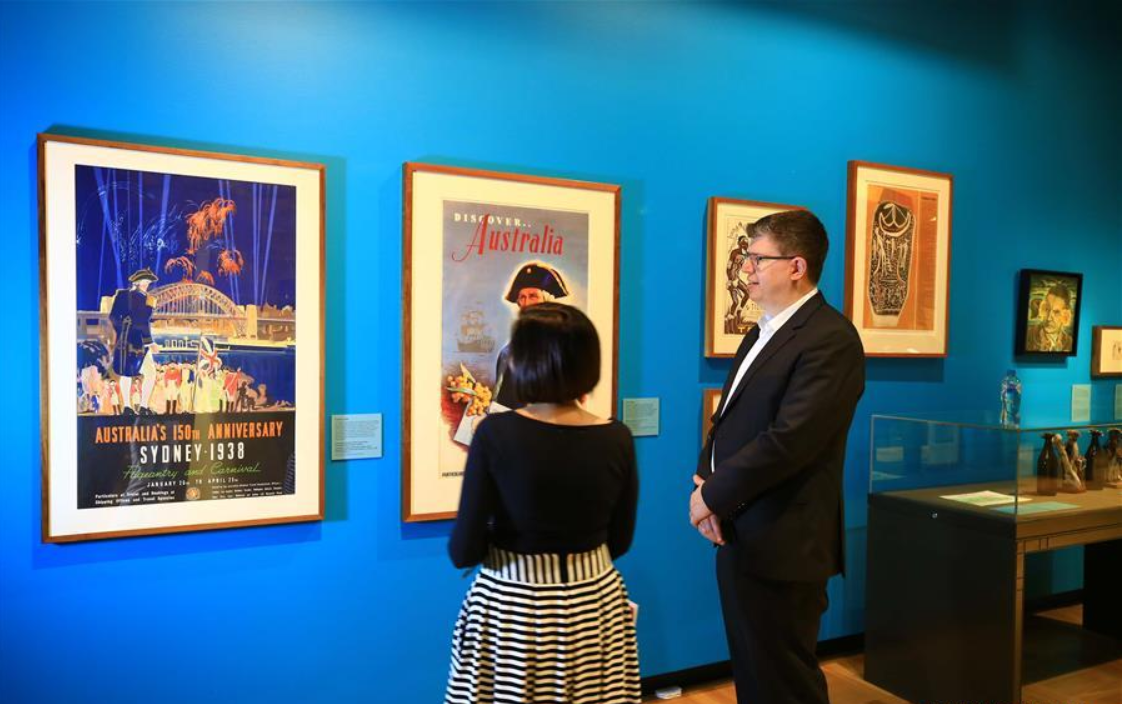 CANBERRA, Sept. 21 (Xinhua) -- Two hundred and fifty years after James Cook set off for his first voyage to the Pacific, the National Library of Australia launched an exhibition to commemorate the captain who discovered the land.

The exhibition, Cook and the Pacific, which will run from Sept. 22 until Feb. 10, 2019, tells the stories of Cook's voyages in the Pacific and the rich cultures he encountered.

"There are many stories associated with his voyages," said Dr. Susannah Helman, curator of the exhibition. "They are incredibly well documented in words, in arts, in objects collected during the voyages."

Captain Cook, born in Yorkshire in 1728 to a farm laborer, was apprenticed to a ship owner and sailed coal ships in the North Sea, English Channel, Irish Sea and Baltic Sea. In 1768, he made a lieutenant and given the command of the Bark Endeavor. On Aug. 25, 1768, he set sail from England, bound for Tahiti in his first of three voyages.

In an interview with Xinhua, Helman said that one of her favorite of the 180 exhibits was a wooden dagger which was believed to be the weapon that killed Cook.

"Although there are accounts that Cook was killed by an iron dagger, stories have persisted that a carved swordfish-bill dagger was used," she said.

The one on display was collected by naturalist Andrew Bloxam in 1825, who noted it was "probably the dagger used in the death of Captain Cook." Traces of red are visible on one side of the weapon.

The dagger was identical as the one in the painting next to it, Death of Captain Cook by George Carter in 1781, which showed the dramatic moment of the confrontation. In that version Cook was shown on the attack, using his inverted gun as a club as he confronted a Hawaiian chief.

Another highlight of the exhibition are Cook's journals. This is the first time that Cook's three voyage journals, one from the National Library of Australia and two from the British Library, were put together to tell a complete story.

Extraordinary numbers of botanical specimens were collected on Cook's voyages, among which more than 1,000 were previously unknown to Europeans. Among the exhibits were specimens of Myrtaceae Callistemon citrinus and Proteaceae Grevillea pteridifoia, collected in 1770.

The exhibition also brought together manuscripts, works of art, maps, posters, books as well as objects he used on the voyage. "They are not only our collection, but also from the Australian collections and around the world," Helman said.

Helman and her team spent a couple of years preparing for the exhibition.

"We had been on a journey ourselves in developing this exhibition, both literally and metaphorically," Helman said. "In the past we tend to isolate Cook from the context."

After the research, she got to know the enigmatic figure better. "He was complex," she said. "He was talented with perseverance. He was fascinated by getting to the bottom of things."