TRAVEL Exploring Tibet: The guardian of a bygone kingdom

Exploring Tibet: The guardian of a bygone kingdom 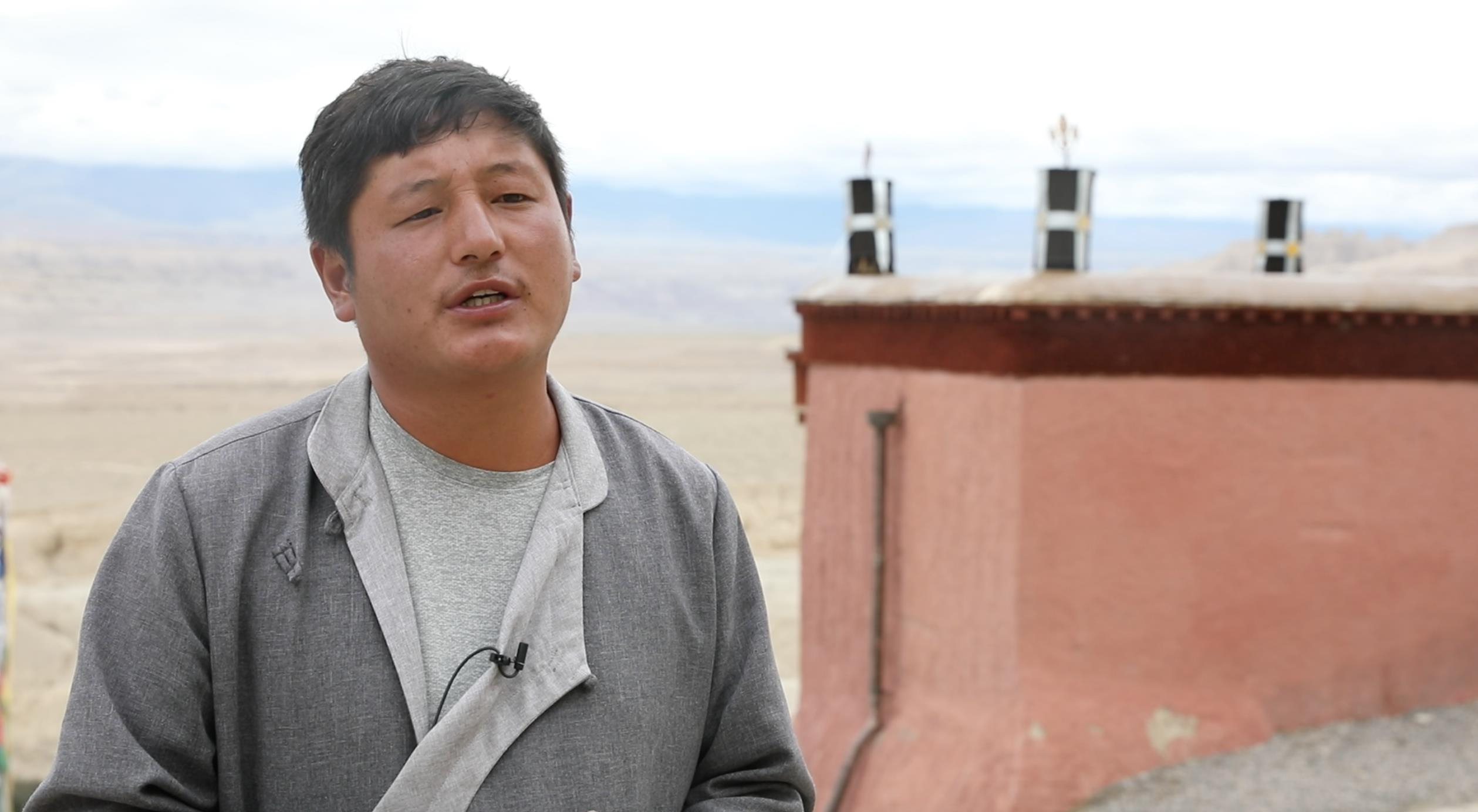 As the sun casts its first light on the rugged and time-ravaged walls standing amid barren mountains in west of Tibet Autonomous Region, the mysterious Guge Kingdom comes back to life before the eyes and camera shutters of visitors who are eager to witness the magical moment.

Twenty-nine-year-old Pasang Tsering has called these ruins home for the past five years, after he got a government job as a guard of the site, where the former capital of Guge Kingdom once stood.

He has now become the vice director of the local tourist attractions management committee.

Located in Zanda County of Ngari Prefecture, southwest China's Tibet, Guge Kingdom was founded around the 9th century but disappeared mysteriously during the 17th century. The rich history of the kingdom and the legacy of clay figurines, sculptures and paintings attract hordes of tourists with a flair for the old and the exotic.

Infrastructure development projects by the local government have guided more visitors to the cultural relics. In 2015, the number surpassed 10,000 for the first time. Two years later, a record 92,000 tourists visited the site.

The age-old artifacts and Pasang Tsering's passion for thangkas, a type of Tibetan silk paintings embroidered with Buddhist motifs, attracted him to relocate to the off-the-beaten-track location.

The decision to trade modernity for reclusion came to him naturally.

"I like it. It all starts from devotion," Pasang Tsering told CGTN when asked about the reason he has chosen this job.

Pasang Tsering and his fellow guards get up before the sun rises every day, and prepare to welcome the first guests, who usually start flocking in at around 9:00 a.m.

"However, some tourists will knock at my door as early as 6:30 in the morning," he noted.