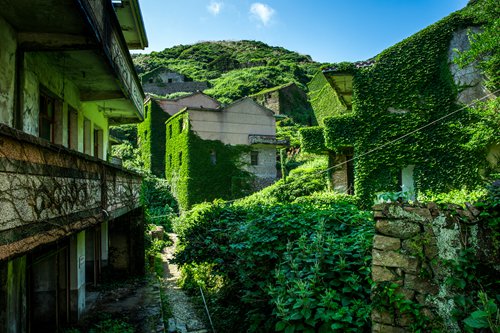 A view of the deserted houses in the abandoned village on the Gouqi Island. Photo: VCG