The first South Korea-born panda cub, named Fu Bao, made its public debut on Monday at the Everland Zoo in Yongin, South Korea. 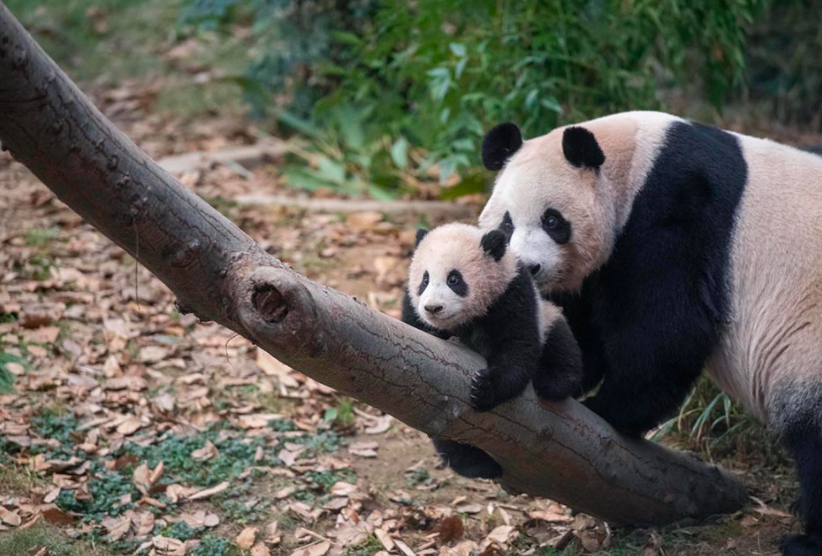 Because of epidemic prevention regulations, visitors are limited to seeing Fu Bao at the zoo between 10:20 am and 3:00 pm from January 4 through 17, local media reported.

Fu Bao was born on July 20, 2020, and is the first offspring of mother Ai Bao and father Le Bao, two giant pandas brought to South Korea in March 2016. She is also the first giant panda born in the country.

On November 4, voting for the panda’s name ended, and “Fu Bao” ranked first with 17,000 votes. The name means “a treasure that brings happiness” and voters believe the name matches the adorable and round baby panda.

Fu Bao weighed 197 grams at birth and has already become10 kilograms. She is now able to walk independently and climb trunks with the help of her mother. Fu Bao will return to China at the age of 4.