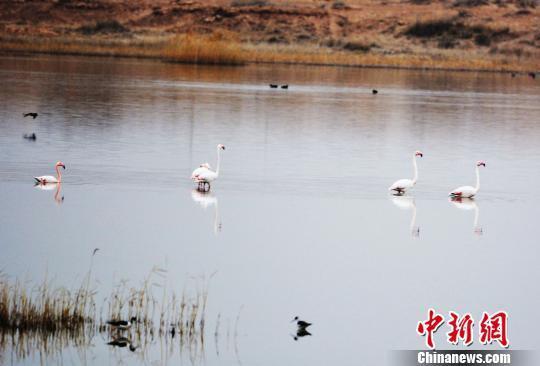 Five large pink birds were spotted ambling in a lake in Dengkou County, a known spot for migratory birds, according to the forest police, saying the birds were tall with thick downturned bills and long and graceful necks. 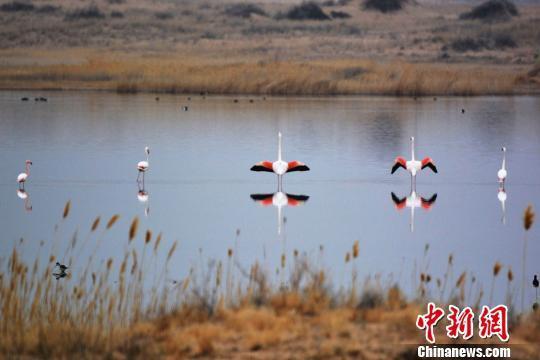 The forest police later confirmed that the large birds were flamingos, which seldom make an appearance in north China because of its colder climate.

The reason for the appearance of flamingos in the area is unknown. Local forest police said they would launch an investigation into the case.

A ranger has been dispatched to observe and monitor the birds' activity and prevent them from being affected by human beings.

Flamingos like warm climates. They mainly live in tropical and subtropical zones.