Foreign airlines limited to one flight per week starting Sunday 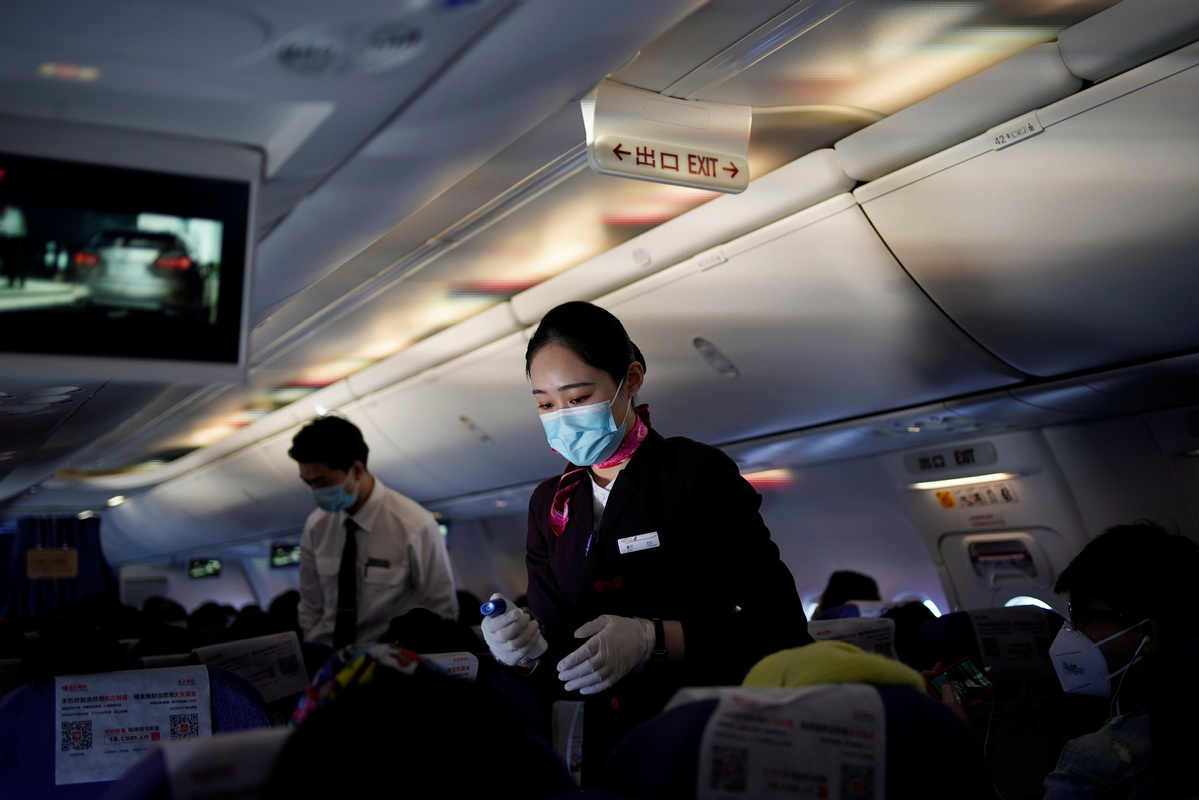 A flight attendant wearing a face mask to prevent the spread of COVID-19 takes body temperature measurements of passengers with a thermometer on a Shanghai Airlines flight in Shanghai, China March 25, 2020. (Photo: Agencies)

Every foreign airline will be required to maintain only one air route to China and operate no more than one flight a week starting Sunday, the Civil Aviation Administration of China said in a circular on Thursday, in the latest move to cut international passenger flights and curb imported novel coronavirus infections.

Domestic airlines also are asked to retain only one air route with each foreign country and operate no more than one flight a week starting Sunday, according to the circular.

Air route permits and flight schedules of the suspended flights will be preserved for airlines that follow the circular, it said.

Flights to and from China should carry no more than 75 percent of the passengers that they are licensed to carry, the circular said.

The flights could be further slashed in accordance with epidemic development, and airlines should pay close attention, it added.