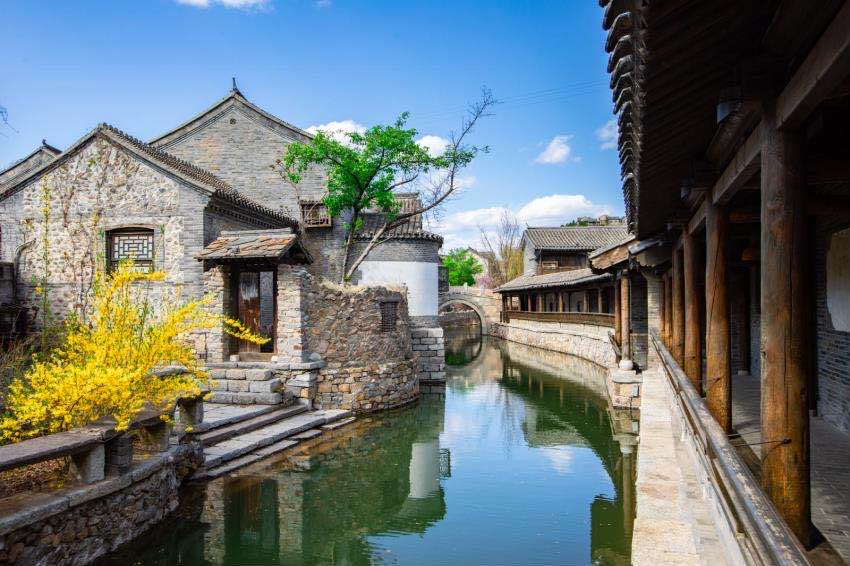 It's a chance to finally get out of the city and to see things gradually getting back to normal. The diplomats' visit comes just as northern Beijing's Gubei Water Town makes a new debut after closing down during the COVID-19 outbreak.

"It's been a difficult period of time for a lot of industries, especially tourism. So for them to reopen now, I think that the public is obviously thrilled," said Noah Fraser, managing director of the Canadian Chamber of Commerce in Beijing.

"The recovery in Beijing is doing quite well. Slowly but surely, it's going back to normal," said Gobet.

Gubei Water Town is located about 150 kilometers away from central Beijing. It's modeled on southern China's famous water town of Wuzhen with rivers running through it and traditional Chinese-style architecture.

During the May Day holiday, its room reservation rates hit over 95 percent. Some visitors shared their feelings, with many saying that as the pandemic eases, they would love to bring family out for visits. "We have many plans to come out to visit some places, because the environment and the sanitary conditions make us feel safe," one visitor noted.

Chinese authorities said during the five-day Labor Day holiday, over 100 million domestic tourists were out and about, generating a revenue of over 47 billion yuan (6.7 billion U.S. dollars). With the next three-day holiday for the Dragon Boat Festival coming up in late June, prospects for the country's tourism revival are looking strong.