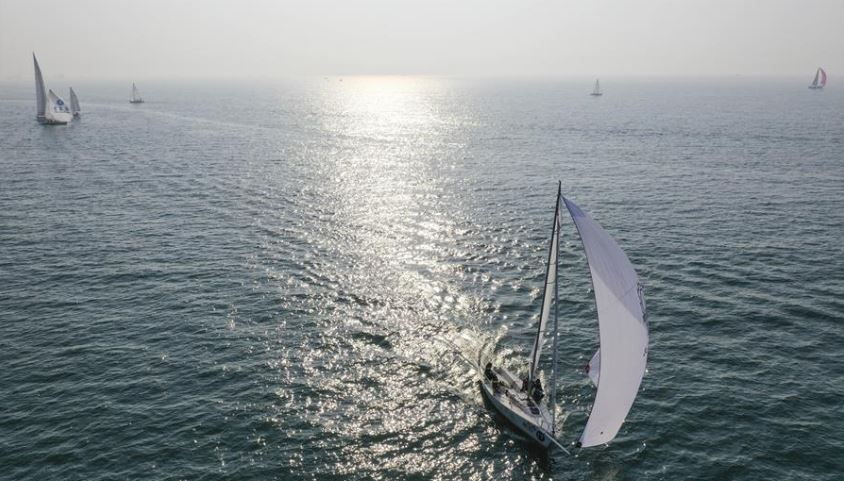 The previous record, set by Italian skipper Giovanni Soldini in 2018, was 36 days, 2 hours, 37 minutes and 12 seconds. Joyon and his crew, sailing at an average speed of 20.7 knots and covering a total distance of 15,873.89 nautical miles, has sliced more than four days off the old mark.

"We did have some difficult moments," recalled the 63-year-old Joyon on the pontoon close to London's landmark Tower Bridge. "We had a moment where we had no more freshwater for drinking because we produce the water on the boat and we had no more energy to produce the water. And then also we had a moment when we had very bad weather. We had some passages with bad weather."

With this record, Joyon brought to an end of the IDEC SPORT Asian Tour, setting sail from Port Louis in Brittany, France on 19th October last year. During the tour, Joyon arrived in China for the first time as he sailed from Ho Chi Minh of Vietnam to China's Shenzhen.

"It's the first time I went to China to Shenzhen. And sailing's really a new sport there. I think it's developing in China. It's really nice to see the passion and the interest that is growing in China."

Joyon, who held the record for the fastest single-handed sailing circumnavigation from 2008 to 2016, is also concerned about the outbreak of COVID-19 in China.

"We found out when we were at sea. And obviously it's a very scary and bad situation. We made a lot of friends and left a lot of friends in China and it must be very difficult for them. We're supporting them and we're very sorry and we hope they can get through quickly."

As for now, Joyon just wants to enjoy being on dry land and to spend time with family and friends. "But maybe in two weeks I will want to get back to the boat," he said.