TRAVEL French strikes continue amid signs of some progress

French strikes continue amid signs of some progress 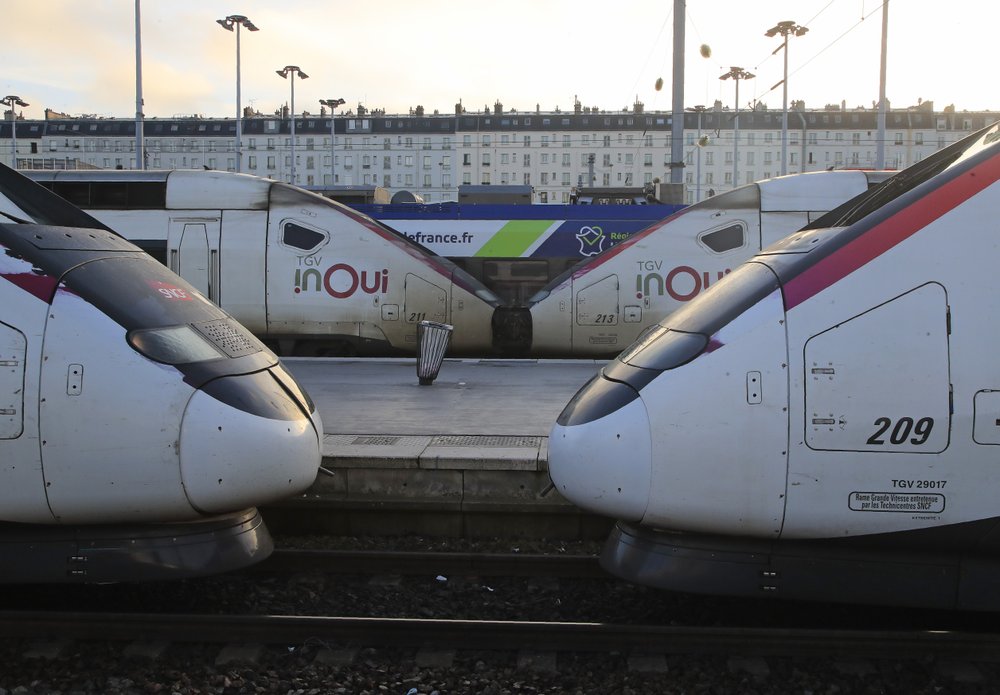 High-speed trains are pictured at Gare du Nord train station in Paris, December 18, 2019. With French President Emmanuel Macron under heavy pressure over his pension reform plans, government officials are meeting with employers and unions on Wednesday to consider the way forward. (Photo: AP)

Protesters marching through Paris kept up the pressure on French President Emmanuel Macron to scrap a divisive plan to raise the retirement age to 64.

Much of France’s transport networks remained snarled, despite small signs of progress in negotiations between Macron’s government and unions and hopes that the upcoming Christmas break will see the strikes action ease.

On what is the 15th day of nationwide strikes over the reform program, demonstrators marched through Paris’ historic Bastille plaza, waving red flares, banging tambourines and singing anti-Macron songs.

The crowd was small but determined. Some wore Santa hats, or the yellow vests that symbolize the year-old French movement against economic injustice.

“You cannot do a laborious difficult job in a hospital and treat ageing patients if you are 64 years old,” said protester Myriam Pidoux, a psychologist in a public hospital.

“You’ve never seen a 64-year-old nurse working – at least not in France,”

“It’s nebulous, a lot of hot air ... in our view, this is a manoeuver to see if the French are lobotomized to the point where (the government) can push through whatever it likes,” she told The Associated Press.

The centrist Macron, a former investment banker, says the current pension system is unfair and costs too much; unions say the pension reform threatens hard-won worker rights, and want to preserve a system that allows some workers to retire as early as their 50s.

Macron suffered a fresh blow Thursday as the Paris prosecutor’s office announced a preliminary investigation into possible conflicts of interest by the architect of the reform. Jean-Paul Delevoye. Delevoyeresigned his post earlier this weekafter admitting he had failed to publicly declare all of his affiliations when taking on the pension project.

Recent polls show a majority of the French still support the strikes and protests, as they fear they will have to work longer in return for lower pensions.

Some train workers, though not all, are expected to maintain their strike through the Christmas holidays and beyond.

There are signs that transport workers know that strike action over the festive period may not be popular. The SNCF national rail authority said about 60% of trains were halted Thursday, down from 90% earlier in the strike.

While provincial cities have suffered fewer problems, tourists and commuters in Paris are spending hours every day fighting through clogged intersections or elbowing their way on to elusive subway trains.

The government hopes to reach a deal with more moderate players such as France’s largest union, CFDT, to divide and weaken the protest movement.

He acknowledged that given lengthening life expectancy and the high cost of France’s pension system, “yes, we will have to work a bit longer” — but he said that if the government doesn’t abandon the idea of a fixed new retirement age of 64 by January, his union will continue to protest.