Songjiang District, the southwest gateway of Shanghai where the city’s urban culture was born, is now striving to brand itself as a hub of cutting-edge technological innovation and a perfect example of an ecological rural culture. 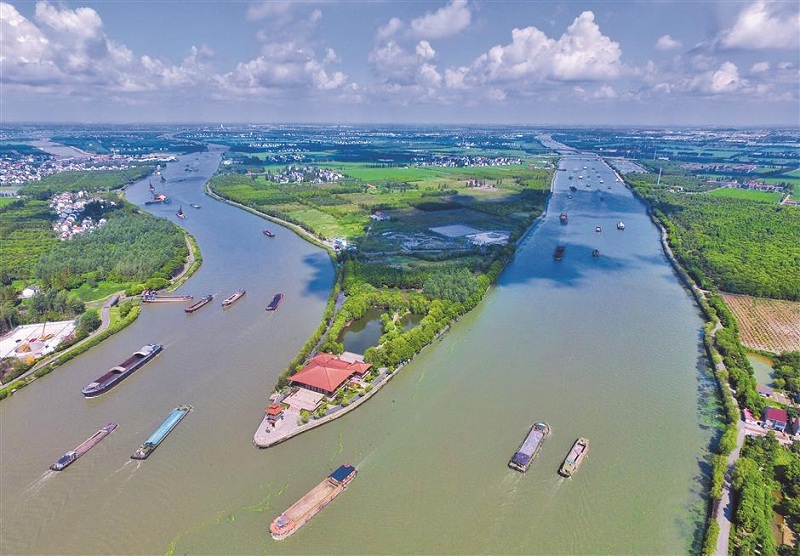 Songjiang District is the southwest gateway of Shanghai where the city’s urban culture was born. It formed the G60 High-Tech Corridor, an alliance in the Yangtze River Delta to create a better business environment. (Photos: Shine.cn)

Recent years have seen massive development. In 2016, Songjiang embarked on a new chapter of technology by forming the G60 High-Tech Corridor, an alliance of nine major cities in the Yangtze River Delta dedicated to promoting the infrastructure construction and creating a better business environment.

While boosting science and economy, the district hasn’t ignored the environment and civic culture. In the past five years, the forest coverage rate of the district has reached 15 percent. And with more traditional culture revived, Songjiang is attracting more and more attention.

Still, the development of traditional industry ran into a bottleneck, and a structural transformation was imperative.

The G60 High-Tech Corridor showed the way for the future development of the district. It was named after the G60 Expressway that runs through Zhejiang, Jiangsu and Anhui provinces and Shanghai.

Songjiang aimed to transform its economic model from “made in Songjiang” to “created in Songjiang.”

The corridor aimed at breaking the regional barriers between provinces and maximizing entrepreneurship of scientific innovation.

Soon after the strategy was laid out, the district attracted many entrepreneurs covering intelligent security, robots, new energy and biopharmaceuticals. More than 490 projects were bred in Songjiang.

In 2017, Songjiang signed an agreement with Hangzhou and Jiaxing in neighboring Zhejiang Province in which the three regions will deeply cooperate on scientific innovation and industrial upgrading.

After taking the first step of connecting the Yangtze River Delta, the corridor again widened its “friend circle” in June 2018 by signing agreements with Jinhua, Suzhou, Huzhou, Xuancheng, Wuhu and Hefei.

The cities will jointly offer faster approval procedures and friendlier services to enterprises within the corridor, aiming to break the market access barriers which had long been disrupting scientific innovation in the delta.

So far, the corridor has achieved conspicuous outcomes. The most advanced atomic layer deposition photovoltaic equipment was born in Songjiang, as well as a gas turbine starter which was of great use in both civic and military applications.

More than 600 high-tech enterprises and 27 state or province-level science labs have chosen to settle in the corridor.

In the first half of this year, the district licensed 4,055 patents, a 70 percent increase compared to last year which topped the growth rate of all districts around the city.

In the future, the corridor will continue as the hub leading and connecting scientific innovation in the Yangtze River Delta and focus on the supply chain structural reform.

Songjang is also famous for its scenery. Guided by the vision that “lucid waters and lush mountains are invaluable assets,” the district is striving to build a sustainable ecological system.

The only natural weald area of the city, Shanghai Sheshan National Forest Park is located in the district. Sheshan Hill has 12 peaks stretching for 13.2 kilometers.

In the next five years, Songjiang aims to increase the green coverage rate from 47 percent to 50 percent. Though that might seem insignificant, but the 3 percent will connect Sheshan with the other major ecological systems of Chenshan and Tianmashan Hill, making it a major attraction for tourists.

Meanwhile, the Sheshan park has strictly restricted real estate construction in the area, and more greenbelts have been created.

By the end of this year, all 26 waterways in the district will finish data compiling which includes specific information of rivers and creeks in the district and the major sources of pollution. Treatment will be customized for each waterway.

Polluted water will be all gone by 2020, and the district also aims to increase a total of 2.15 square kilometers of new water area. 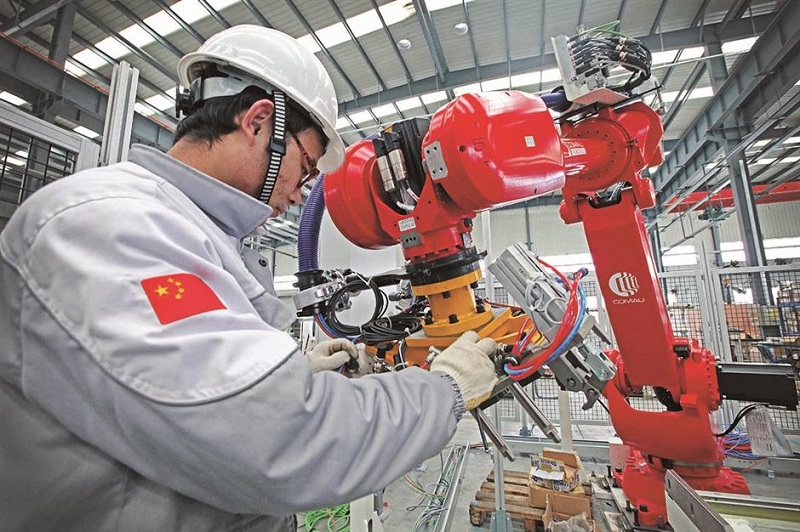 Songjiang District is the southwest gateway of Shanghai where the city’s urban culture was born. It formed the G60 High-Tech Corridor, an alliance in the Yangtze River Delta to create a better business environment.

A history of thousands of years

It’s often said that Shanghai’s dramatic development over the past 10 years can be seen in the Pudong New Area .

But for those interested in Shanghai thousands of years ago, they should cast their eyes on Songjiang.

Guangfulin Cultural Relics Park opened in June this year, with the excavation of the 4,500-year-old Guangfulin civilization giving the public a glimpse of urbanization of Shanghai from its very beginning.

One of the main attractions of the park was the Guangfulin Culture Exhibition Hall, a museum built under water, with only its roof above ground.

The exhibition hall takes visitors on a journey through time from the very beginning of Guangfulin culture.

Visitors to the hall’s basement can see the restored archaeological sites with copies of artefacts and wax statues of the researchers.

From caves to ancient street markets to the whistle of trains at Songjiang Railway Station built in 1907, the exhibition recreates scenes throughout Shanghai’s history.

More of the relics will go on display next year, with one museum built on an excavation site.

In Songjiang’s urban area, the recreation of Zhongshan Road old town since the 1990s has also made progress. In 2005, the district started protective development of Cangcheng scenic area for historical culture, an area in the west of the old town.

Cangcheng used to be the granary of the Shanghai area in the Ming (1368-1644) and Qing (1644-1911) dynasties. More than 120 historic buildings remain in this area. Some of the buildings have been renovated as a showcase of traditional local culture.

The old state office of Songjiang Town, the predecessor of Shanghai as we know it, and Sijing watertown are also being renovated.

The district attaches great importance to public culture. There are more than 10 cultural venues in Songjiang and most are open to the public free of charge.

With the revival of the old Songjiang Town, the film industry thrived as many movies and TV dramas chose Songjiang as a location.

Cangcheng, for instance, has become a famous movie business hub with over 3,200 movie and television enterprises setting up studios here. The total tax revenue from these enterprises in the first nine months of this year exceed 1.1 billion yuan (US$144.6 million).

Chedun Town, the other town famous for the film business in the district, has recreated scenes such as Nanjing Road and shikumen residential complexes from the early 20th century. Ang Lee filmed many scenes in “Lust, Caution” in the town.

In the next five years, revolving around high-tech, ecology and culture, Songjiang District will continue reform and innovation to lead the way among suburban districts in Shanghai to become a modernized model of a rural area.