Gasps and awe as supermoon rises over erupting Philippine volcano

Filipinos sheltering from the erupting Mayon volcano gasped in delight as an orange full-moon eclipse shone above the mountain's smouldering crater Wednesday in what was both a once-in-a-lifetime double spectacle and a rare moment of relief.

Mount Mayon -- the country's most active volcano -- has been spewing spectacular but potentially lethal ash and lava for the last fortnight, forcing some 90,000 people into cramped safe zones where sanitation conditions are dire.

But the "super blue blood moon", the first to be seen in 36 years, provided a moment of awe, entertainment and reflection for many of those gazing skywards Wednesday evening.

At schools in the towns of Ligao and Guinobatan where hundreds of refugees from the volcano were crammed, up to 80 in each classroom, children and adults alike squealed as the moon first took on a spectacular crimson hue. 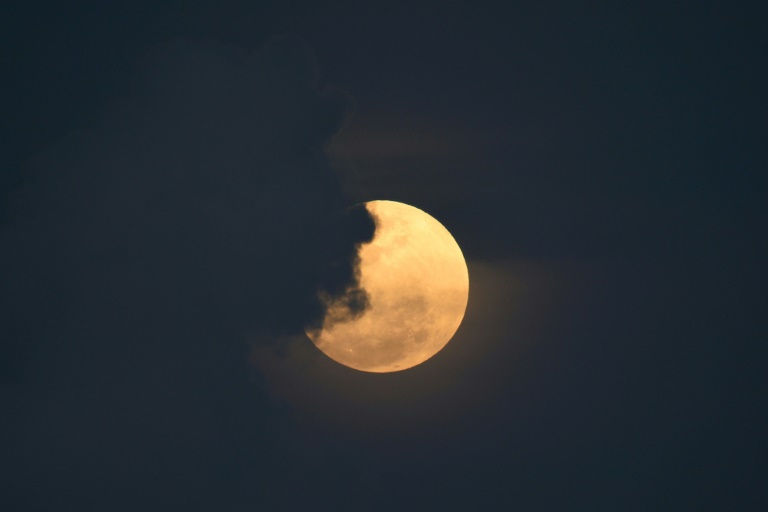 "I feel happy seeing the moon but also nervous especially now that the volcano is erupting," Richel Toledo, a 38-year-old pig-rearer, told AFP. "I don't understand if this is some kind of mystery that is unfolding."

The celestial show was the result of the Sun, Earth, and Moon lining up perfectly for a lunar eclipse just as the Moon is near its closest orbit point to Earth, making it appear "super" large.

It is the second full Moon within the same month, a phenomenon called a "blue" Moon which has nothing to do with its color.

The "blood" in the name comes from the reddish brown color the Moon takes on when Earth enters between it and the sun, cutting off the light rays that usually brighten the lunar surface.

For superstitious farmers who fled Mayon's wrath, some viewed the celestial spectacle as a bad omen as they fret about the crops and livestock they had to leave behind.

"It's scary because this happened along with the volcano's eruption," Helen Ocbian, 38, told AFP inside one of the classrooms in Ligao. "We have been evacuating for years and this is the first time we saw the moon this big."

Others simply revelled in the moon's beauty.

"It's huge and bright. It's exciting to see. God created this beautiful moon and the volcano," farmer Jose Almesolano, 75, told AFP at another school in nearby Guinobatan town.

For those living under the shadow of Mayon, its periodic eruptions -- now 52 in the past 400 years -- are a lot more common than a super blue blood moon. 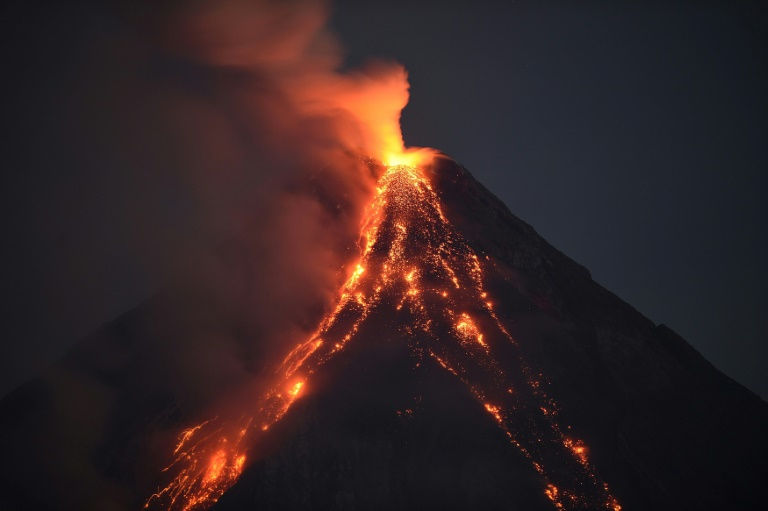 It is the most active of 22 volcanoes in the Philippines, a country which is itself part of the Pacific "Ring of Fire" of islands formed by volcanic activity.

The old church belfry of Cagsawa town juts out of the grass more than two centuries after Mayon buried 1,200 of its residents alive in a catastrophic 1814 eruption.

The Philippines and much of the world last saw a super blue blood moon in 1982, Nico Mendoza, astronomer for the government's Philippine Atmospheric, Geophysical and Astonomical Services Administration told AFP.

Those around Mount Mayon hope the volcano has quietened down by then.