TRAVEL Germany promotes itself as a shopping destination

Germany promotes itself as a shopping destination 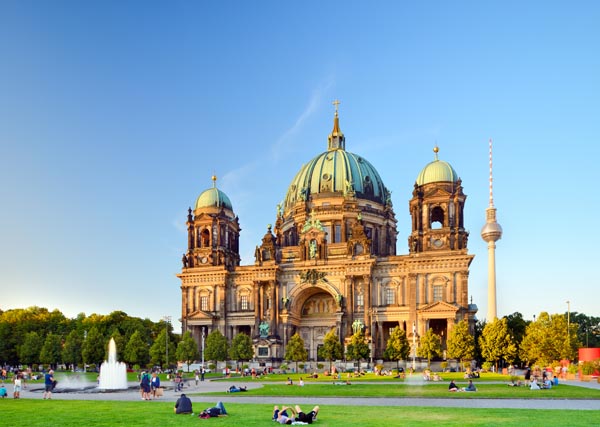 Berlin Cathedral is a landmark that attracts numerous tourists due to its neo-Renaissance architecture. (Photos: China Daily)

While Germany is famous for its automobiles, soccer and beer, the country is doing its utmost to appeal to Chinese travelers as a destination for shopping.

The German National Tourist Board and Chinese mobile payment giant Alipay recently teamed up to hold the first German Shopping Festival to attract Chinese tourists to Germany to shop.

Using Alipay's app, shoppers who travel to Germany can browse different stores from a city map, read shopping tips in Chinese, receive electronic discount coupons and join in a lucky draw for exemption from payment of one's bill.

In some restaurants in Germany, tourists can use Alipay to scan a QR code and take their order on a smartphone, just like in China, where mobile payment is extremely popular.

"It's important to enhance the shopping experience of Chinese visitors, for example, to allow them to use a way they are familiar with when paying for purchases," says Li Zhaohui, director of GNTB's Beijing office.

It showed that during their most recent trip overseas, Chinese tourists spent an average of $762 per person on shopping, far exceeding the spending by non-Chinese tourists ($486). Duty-free shops, department stores and supermarkets ranked as the most popular shopping outlets for Chinese tourists. 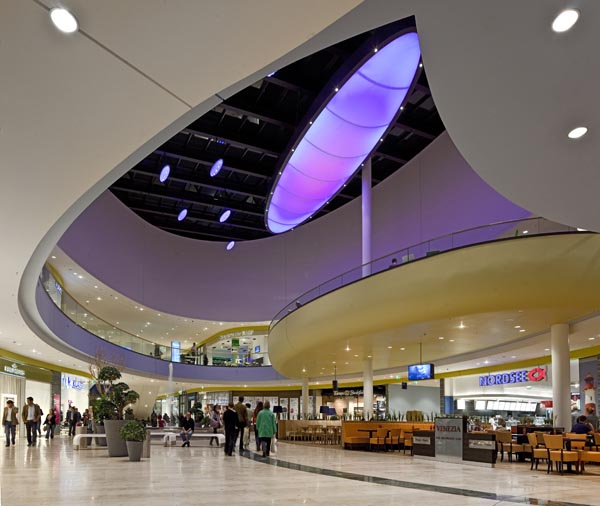 The Rhein-Galerie shopping center in Ludwigshafen am Rhein, Germany.

And, when Chinese travelers return home after their holiday in Germany, they can use Alipay to apply for tax refunds via their smartphones, using a Chinese customs service. Also, the system is more efficient as people no longer have to wait in a line at a counter and it takes less time to get the refunds. The service is provided by Germany-based Travel Easy Group.

According to Travel Easy Group, in 2018, Chinese travelers spent 150 billion yuan ($21.8 billion) in total on their travels in Europe, nearly half of which was on on-site shopping. The number is expected to hit 200 billion yuan by 2020. Among those who traveled to Europe, about half said tax-free shopping was very appealing to them.

"Germany remains one of the favorite European destinations for Chinese visitors. There are more direct flights between Germany and China compared to other European countries. That makes it easier for Chinese tourists to travel to Germany," Li from the GNTB's Beijing office says.

"Also, business travelers from China constitute a steady flow of visitors to Germany, and they have higher purchasing power."

Li is confident about Germany's attractiveness as a destination for shopping. She hopes that it will be a key factor in drawing Chinese visitors to Germany in the future.

She says that the shopping festival is a platform to promote German brands among Chinese visitors, and more businesses are interested in joining next year's activity.

According to her, Germany is known for its quality products, ranging from luxury goods and daily necessities to household electrical appliances and food.

Li also says that GNTB plans to open a store on Alibaba's Tmall online shopping platform to sell reputable German brands that are not so well-known to Chinese consumers.